CE: No turning back on extradition law 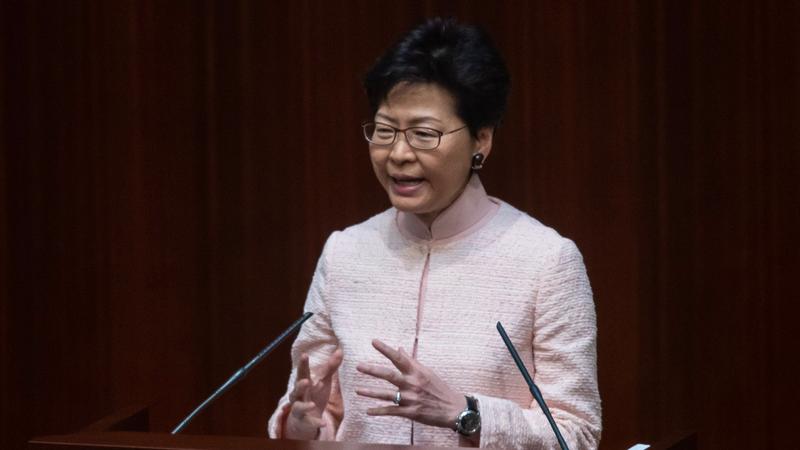 Speaking before the Executive Council’s weekly meeting, she said there’s “no reason” to retract the new rendition bill, which will benefit Hong Kong’s future development.

Thus, as the city’s chief executive, Lam said she will push ahead with the amendments despite criticisms, some of which are “personal insults”.

There’s no reason to retract the new rendition bill, which will benefit Hong Kong’s future development

She said the community has responded well to the tweaks that have been made to safeguard the rights of fugitives to be surrendered to other jurisdictions once the new bill is passed into law.

Secretary for Security John Lee Ka-chiu said last Thursday the SAR government will only consider extradition requests from the top-level authorities in the jurisdictions concerned, and will raise the threshold for extraditable offenses punishable with the original three years’ jail term proposed to seven years.

The SAR government also pledged to ask jurisdictions requesting extraditions to strengthen the protection of fugitives’ rights by complying with international practices, such as conducting open trials and recognizing the principle of presumption of innocence.

Under the existing Fugitive Offenders Ordinance, the central government can give an “instruction” to the chief executive on whether to accept or reject an rendition request form another jurisdiction if it would significantly affect the country’s interests in defense or foreign affairs.

Lam rejected claims that the chief executive would bypass the courts and surrender Hong Kong’s fugitive suspects directly to the Chinese mainland, saying there are provisions in the law that would not allow such a situation to occur.

She called such claims “unfounded”, explaining that the chief executive is entitled to refuse rendition requests involving the nation’s defense or foreign affairs before issuing a certificate to trigger the procedures.

Besides, the chief executive still has the right to refuse such requests even after the courts had decided to go ahead with the surrender orders, Lam added.

The planned amendments to the Fugitive Offenders and the Mutual Legal Assistance in Criminal Matters ordinances will be tabled at the Legislative Council’s full council for the second reading on June 12.

Hong Kong has fugitive surrender agreements with 20 jurisdictions and mutual legal assistance arrangements with 32 others, which do not include the Chinese mainland, Macao and Taiwan.

If passed, the revised rendition law will enable Hong Kong to surrender fugitive offenders on a case-by-case basis to other jurisdictions that have no formal long-term agreements with the SAR.