President-elect says Guatemala can't do migrant deal with US 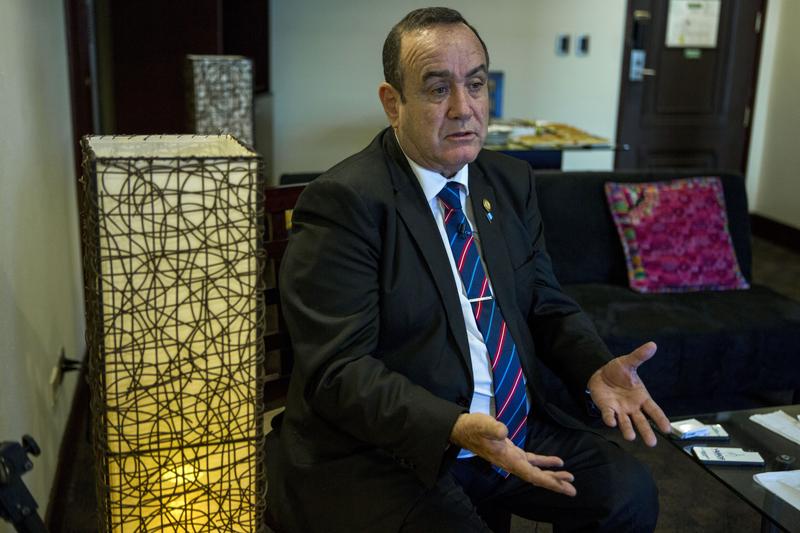 GUATEMALA CITY — A Guatemalan immigration agreement signed with the Trump administration won't work because the Central American nation does not have the resources, the country's new president-elect says.

Alejandro Giammattei, a conservative who was chosen overwhelmingly by voters in a weekend runoff election, said in an interview with The Associated Press on Tuesday that Guatemala is too poor to tend to its own people, let alone those from other countries.

The agreement signed in July by the outgoing administration of President Jimmy Morales would require migrants from other countries who cross into Guatemala to apply for asylum here rather than in the US.

In order to be a safe country, one has to be certified as such by an international body, and I do not think Guatemala fulfills the requirements to be a third safe country

"In order to be a safe country, one has to be certified as such by an international body, and I do not think Guatemala fulfills the requirements to be a third safe country. That definition doesn't fit us," said Giammattei, a 63-year-old doctor.

"If we do not have the capacity for our own people, just imagine other people."

Guatemalans make up one of the largest groups emigrating from Central America because of poverty, unemployment and crime. Critics say it is hard to see how the country could offer a safe haven to migrants from other nations.

The agreement signed by the current Morales government is aimed at reducing the number of asylum seekers arriving at the US-Mexico border. US President Donald Trump's administration pressured Guatemala to sign the deal by threatening to punish Guatemala with taxes.

Giammattei, who takes office Jan 14, said that annexes to the agreement are still being negotiated with the United States and that he would ask Morales to include members of his transition team in those talks.

The president-elect also noted that the agreement would have to be ratified by the congresses of both nations to go into force. There has been widespread criticism of the deal in Guatemala.

Giammattei pledged to recognize the importance of Guatemalan migrants living in the United States by creating a Washington-based Cabinet-level position to attend to migrant affairs.

"It is about time we had a government that cared for the people," he said. "It is these people (migrants) who are supporting us" with the remittance money they send back to relatives in Guatemala, he added.

On another matter, the incoming leader distanced himself from Morales' unpopular decision to not renew the mandate of the UN-sponsored anti-corruption commission that has played a key role in sending high-ranking politicians, including ex-presidents, to jail. But Giammattei also indicated he wouldn't work to bring back the commission, known as CICIG.

"The mandate has been terminated; the United Nations accepted that," he said.

He said he has no legal capacity or any other authority to ask Morales to renew the commission. "The CICIG is disappearing and history will judge whether Morales' decision was right or not," he said.