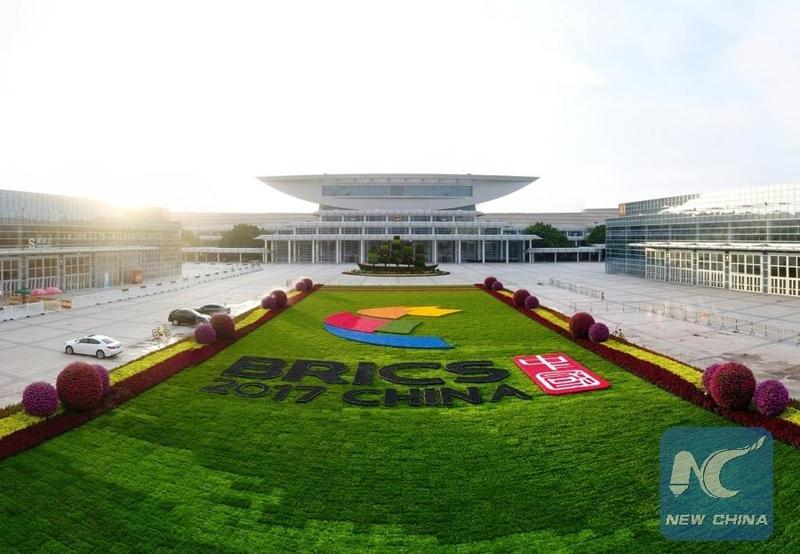 NEW YORK - From the Belt and Road Initiative, a grand project spanning dozens of countries, to "BRICS Plus", a mechanism aiming to expand South-South cooperation, China has made concrete efforts for boosting global economic growth amid rising protectionism in the West, US experts say.

The just-concluded summit of the BRICS, namely Brazil, Russia, India, China and South Africa,in Xiamen, China, highlights China's new initiative for adding new impetus for an open economy, multilateral trade that benefit the world as a whole, Stephen A. Orlins, president of the National Committee on US-China Relations (NCUSR), told Xinhua in an interview on Wednesday.

China has put forward the "BRICS Plus" approach by inviting leaders of Egypt, Mexico, Thailand, Tajikistan and Guinea for a dialogue on the sidelines of BRICKS' summit held in Xiamen on Sept 3-5.

"All the initiatives I just talked about, are exactly what (former US Deputy Secretary of State) Robert Zoellick meant (in 2005). That is China being a 'responsible stakeholder' in the world," Orlins noted.

There were "two big takeaways" out of the BRICS gathering in Xiamen, said Sourabh Gupta, a senior policy analyst at the Institute for China-America Studies, in an email interview with Xinhua.

First, he said, the BRICS countries "proved in their unified approach yet again" that they are "indeed a supple entente of independent-minded rising powers" which are organized as "a mutual support network and committed to assisting each other's rise within the international system." 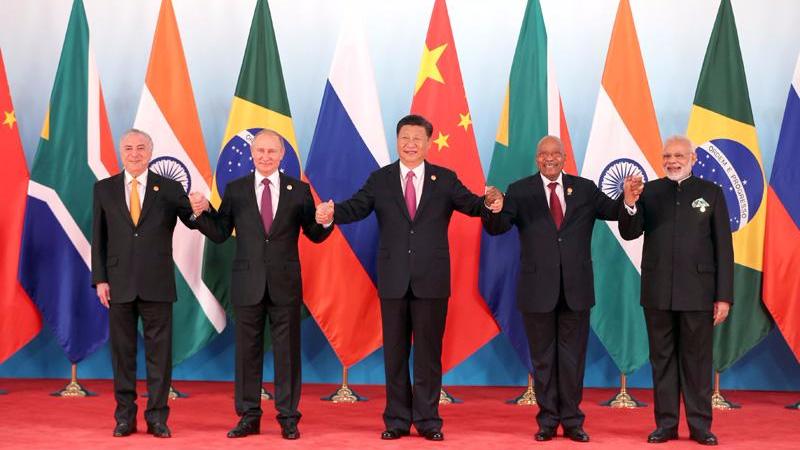 President Xi Jinping and other leaders of BRICS countries pose for a group photo before the 9th BRICS Summit in Xiamen, in southeast China's Fujian province, on Sept. 4, 2017. The five leaders then took up many issues at the start of the event. (WU ZHIYI / CHINA DAILY)

Second, the BRICS countries showed that "they are not willing to rest on their laurels," that "they are optimistic of the future and their future potential as a group," and that "they are already devising new pathways -- such as the 'BRICS Plus' model -- to broaden and institutionalize their cooperation over the next decade," he added.

To this end, the BRICS countries should ensure that they become "the premier developing country forum to discuss South-South cooperation and inclusive development" as well as "the premier emerging market forum to discuss the overhaul of the international monetary system" over the next decade, Gupta pointed out.

The BRICS summit is "significant" since it has become "a symbol of close South-South cooperation," he noted.

This is "particularly important when globalization has hit some hurdles in the developed West," he said.

"These emerging economies have become a major force for globalization and an engine for global growth," Zhu said. "Without doubt BRICS and other developing countries are active players in today's global governance and are contributing positively to a new global political and economic order of the 21st century."

"Gradually, they should also ramp up political cooperation on the great security challenges of the day so that they become an alternative voice for a more multi-lateralized, conciliatory, and less-violent approach to the myriad global security challenges during the first half of this 21st century," Gupta added.

US BENEFITS FROM CHINA'S INITIATIVES

"If you look at the Belt and Road Initiative, you look at the economic development initiatives (proposed by China) at APEC, BRICS and others. It's positive in that regard (boosting global economic growth), so I think America should welcome this," Orlins commented.

However, the coverage of the BRICS and the Belt and Road Initiative have remained very limited in the US media, he added.

"Even though the term (of BRICS) was invented by an American (former Goldman Sachs economist Jim O'Neill in 2001), it's by and large not known (to Americans). I think if it were known, it will be portrayed positive," he said.

"From a US perspective, all of these things are good for two major reasons," Orlins said.

"One, as people's per capita income increases, it's actually good for America's economy because our ability to sell goods and services increase. So I think that benefits the United States," he said.

"Second, it benefits the United States in terms of increasing economic growth in places that may become fertile ground for recruiting terrorists. When there is economic growth, when people have opportunities to improve their lives, they generally don't become terrorists," added the expert. 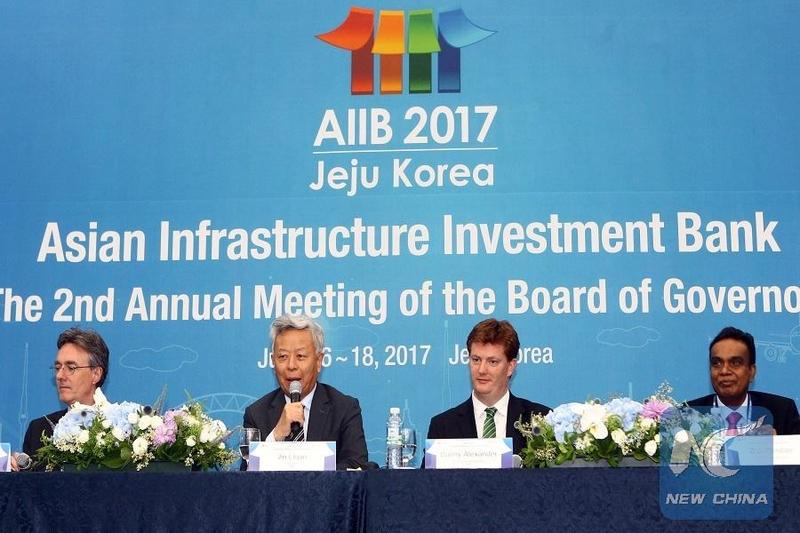 Jin Liqun (2nd left), president of AIIB speaks on the Second Annual Meeting of the Board of Governors of the AIIB held in Jeju Island, South Korea, June 17, 2017. (YAO QILIN/XINHUA)

"So AIIB (the Asian Infrastructure Investment Bank) does not overthrow the World Bank, or the Asian Development Bank. It increases what these institutions can do, and in some ways, because we've learned from those institutions, they may be even better institutions," explained the expert.

"The BRICS Summit is helping to increase international cooperation among Brazil, Russia, India, China and South Africa. I would like to see other countries, including the United States, participate in these efforts to increase global cooperation," said Manzella.

Global cooperation among all countries, from emerging markets to developed countries, is "key to solving many of our shared problems," including environmental degradation, terrorism and poverty, according to the expert.

"And it's essential to boosting global economic growth," he said.

For example, Manzella added, in the United States, trade increased US income by 2.1 trillion dollars in 2016 and this translated into more 18,000 dollars for each American household, according to the Peterson Institute for International Economic in Washington, DC.