US$200b more in proposed tariffs deemed 'reckless strategy' in US 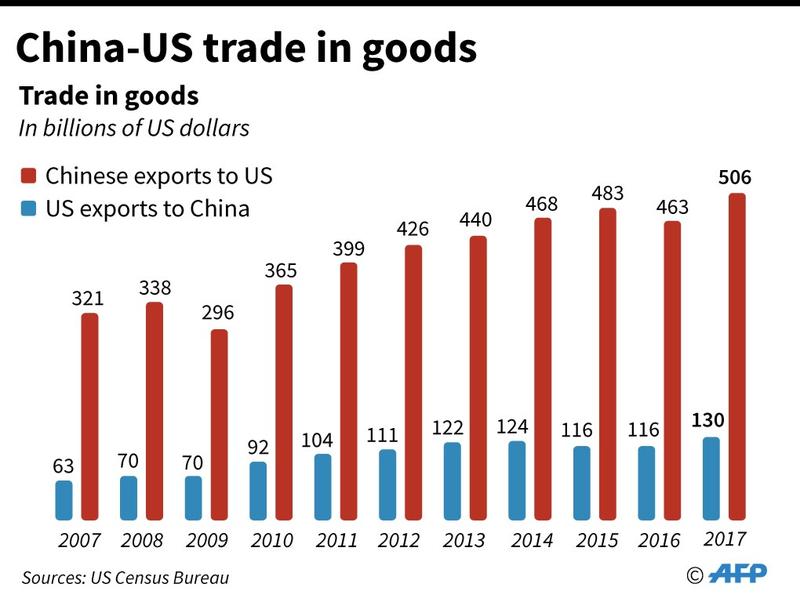 WASHINGTON - The Trump administration’s proposal to levy tariffs on another US$200 billion in Chinese imports is a “reckless strategy” that will escalate a trade war, the last thing American workers and families need, according to some US industry groups and lawmakers.

The fresh move followed last Friday’s imposition of 25 percent tariffs on US$34 billion in Chinese products, to which Beijing reciprocated by targeting American exports of the same value

The Office of the US Trade Representative proposed 10 percent tariffs on Tuesday on a list of thousands of Chinese product lines. The office will accept public comments and hold hearings on the plan from Aug 20-23 before reaching a decision after Aug 31.

The fresh move followed last Friday’s imposition of 25 percent tariffs on US$34 billion in Chinese products, to which Beijing reciprocated by targeting American exports of the same value.

“The latest list of $200 billion of products to be subject to tariffs against China doubles down on a reckless strategy that will boomerang back to harm US families and workers,” said David French, senior vice-president for government relations of the National Retail Federation.

“The threat to the US economy is less about a question of ‘if’ and more about ‘when’ and ‘how bad.’ Tariffs on such a broad scope of products make it inconceivable that American consumers will dodge this tax increase as prices of everyday products will be forced to rise,” French said in a statement.

The retaliation that will follow will destroy thousands of US jobs and hurt farmers, local businesses and entire communities, the executive said.

Instead of more tariffs, the US and China should immediately begin working toward a fair, bilateral, enforceable, rules-based trade agreement, Timmons said on Tuesday following the trade representative’s proposed tariffs.

Michael Bennet, a Democratic US senator from Colorado, tweeted on Tuesday:“Make no mistake: This is an escalating trade war, and the ones who lose a trade war are American workers, farmers and ranchers, and families. Reckless tariffs do not make a trade strategy.”

Colorado, a state where nearly 734,000 jobs are supported by global trade, will see US$277 million in exports to China, Mexico and Canada threatened by the emerging trade war, according to estimates released by the US Chamber of Commerce released on July 2.

US Senate Finance Committee Chairman Orrin Hatch, a Republican from Utah, also said the announcement to impose additional US$200 billion in tariffs on Chinese goods “appears reckless and is not a targeted approach”.