Scramble for Olympic tickets in Japan; rest of world waits 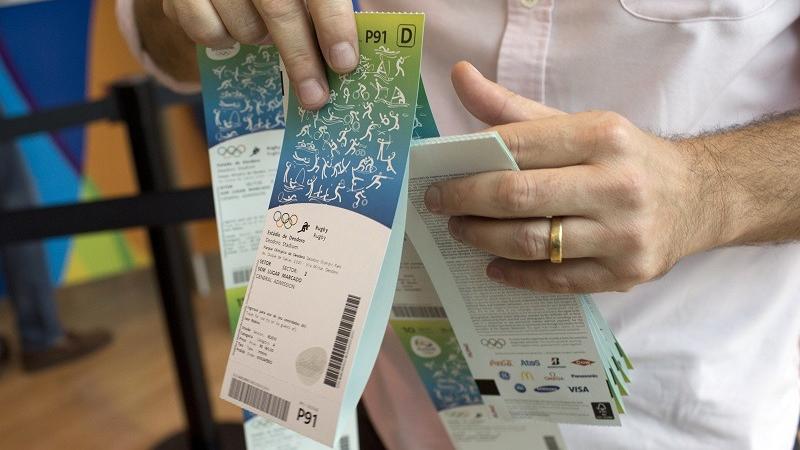 TOKYO - The scramble is underway by residents of Japan to land tickets for next year's Tokyo Olympics. It begins for the rest of the world in a few weeks.

Tokyo Olympic organizers said millions had shown interest by Wednesday when the first phase of ticketing closed for Japan residents. Applicants will learn on June 20 what tickets they were allocated in a lottery system.

Overseas residents will have to wait until June 15, when tickets can be put on sale by special distributors in each country - known as Authorized Ticket Resellers.

Organizers estimate 7.8 million tickets will be available, with 20-30% dedicated to sales outside Japan.

Organizers estimate 7.8 million tickets will be available, with 20-30% dedicated to sales outside Japan

This is the first phase of sales in Japan, with other chances available as the games get closer.

Tokyo Organizers on Wednesday declined to say how many tickets had been applied for through the on-line system. They say only that 7.5 million "ID registrations" have been recorded, which allowed people to apply and enter the lottery.

"Tokyo 2020 is not disclosing additional details at this stage," organizers said in a statement.

Buying tickets in Japan is not cheap. But it's more expensive outside Japan where the resellers - appointed by each national Olympic Committee - can add a 20% percent "handling fee" to the cost of each ticket.

In addition, many tickets are packaged by resellers with top hotels and other perks, and the markups can be more than 20%. Many of these packages are aimed at corporate buyers, for whom price is not always a concern. The resellers also run the risk of getting stuck with tickets they can't sell.

The reseller for the United States is CoSport, which also handles sales in Australia, Jordan and several European countries.

Fans earlier this month complained to soccer governing body FIFA about buying tickets for next month's Women's World Cup in France, and then learning that friends and family were not given seats together.

CoSport says on its website that it cannot guarantee seats together. 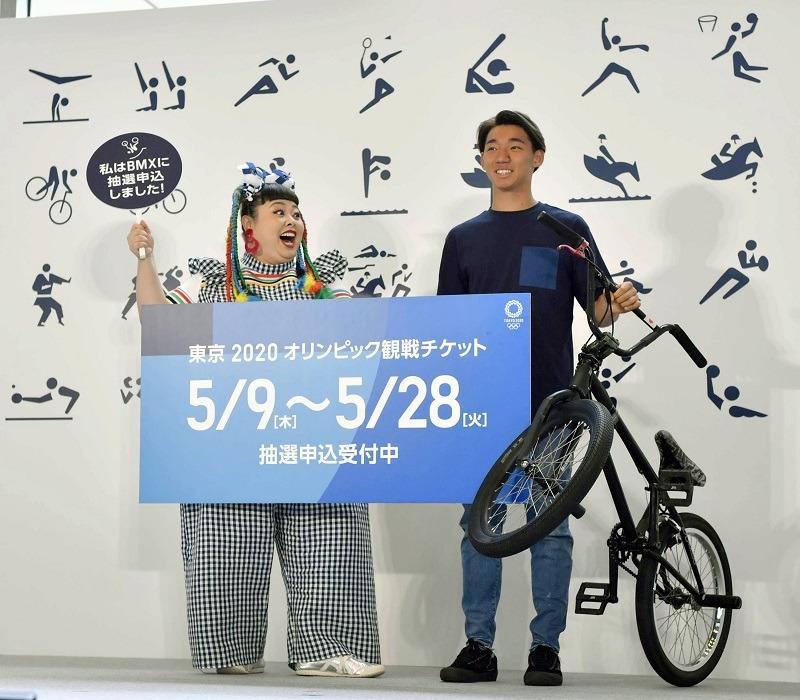 In this May 8, 2019, file photo, Japanese comedian Naomi Watanabe, left, and BMX rider Rimu Nakamura attend an event to mark the start of application to buy tickets for the 2020 Tokyo Olympic Games, in Tokyo. (YU NAKAJIMA / KYODO NEWS VIA AP)

"While CoSport will make every effort to seat parties together, it is not possible to guarantee that all tickets for a given session and seating category will be seated together," the company said.

It also warns that tickets are sold by price category, not by exact seat location.

Buyers outside Japan might get some deals if they are patient. It happened at the 2016 Olympics in Rio de Janeiro, and also at the Winter Olympics in Pyeongchang a year ago.

Tokyo organizers will open sales globally in the spring of 2020, meaning any remaining, unsold tickets can be purchased at the prices offered in Japan. In Rio de Janeiro, many tickets were unsold as the games neared, and some desirable tickets were put back into the pool after they were sold but never paid for.

Ticket prices in Japan vary greatly and are listed in the competition section on the organizers' website.

Organizers hope to generate about US$800 million from ticket sales, a large source of revenue for the US$5.6 billion privately funded operating budget. Overall, Japan will spend about US$20 billion to prepare for the games, and about 70 percent is public money.

Japan recently passed a law that bans selling tickets at above the original prices. Violators face fines of up to 1 million yen (US$9,100), or a one-year jail term - or both.

The International Olympic Committee was embarrassed in Rio de Janeiro when IOC member Patrick Hickey was arrested and charged with ticket scalping, which is also illegal in Brazil. He denied any wrongdoing.