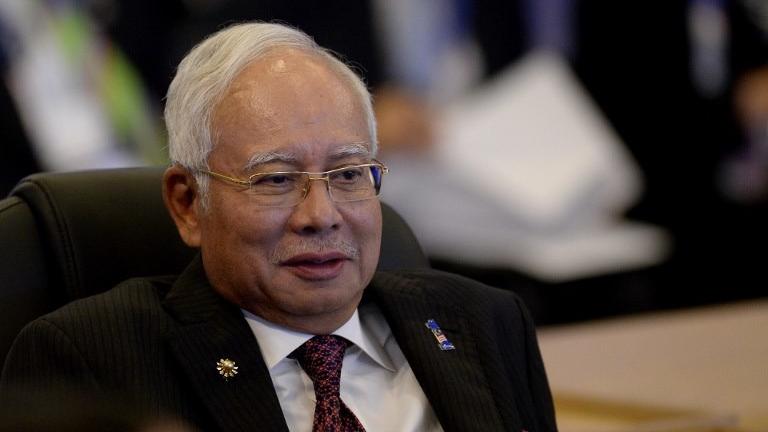 KUALA LUMPUR - Malaysian Prime Minister Najib Razak said on Friday that the parliament will be dissolved on Saturday, paving way for the next general election to be held within 60 days in which he is seeking another mandate after holding the position for nine years.

In a televised speech delivered after a special cabinet meeting, Najib said he already acquired the consent of King Sultan Muhammad V to dissolve the parliament.

If we won, we pledge that we will implement the best, implement bigger, more inclusive and comprehensive transformation for the people and the nation

The date of polling day is yet to be announced by the Election Commission of Malaysia. Normally, a general election should be held no later than two months after the dissolution of the parliament. Voters will elect the 222-member Dewan Rakyat, or House of Representatives.

Najib, who heads the United Malays National Organisation (UMNO), the largest political party, in the speech laid out key achievements during his tenure, including a 5.9 percent GDP growth in the last year, among the highest in the world, and 2.26 million jobs created.

"We have delivered and we will continue to deliver," said Najib, adding that "if we won, we pledge that we will implement the best, implement bigger, more inclusive and comprehensive transformation for the people and the nation."

For the past six decades after Malaysia's independence, UMNO has won every election together with the ruling Barisan Nasional (BN) coalition, which has the Malaysian Chinese Association and Malaysian Indian Congress as its two major component parties.

This time Najib is facing the challenge of 92-year-old former Prime Minister Mahathir Mohamad, who fell out with Najib over the 1MDB scandal and quit UMNO in 2016. He later joined the opposition alliance as the chairman of a new party called Parti Pribumi Bersatu Malaysia (PPBM). Mahathir has said he hoped that the Malay voters, traditionally the supporters of the ruling coalition, could turn to the opposition and change regime this time.

But the authorities in charge of society registration issued an order on Thursday, asking PPBM to temporarily disband itself for failing to submit certain documents. Mahathir has vowed to challenge the decision, otherwise PPBM candidates will have to contest the parliament seats as individuals.

In the last general election held in 2013, BN managed to win 133 out of the 222 seats, though it obtained less than half of the popular votes.

Najib also suggested heads of state government to seek the consent from state heads to dissolve state legislature so that the election could be held concurrently in the country.