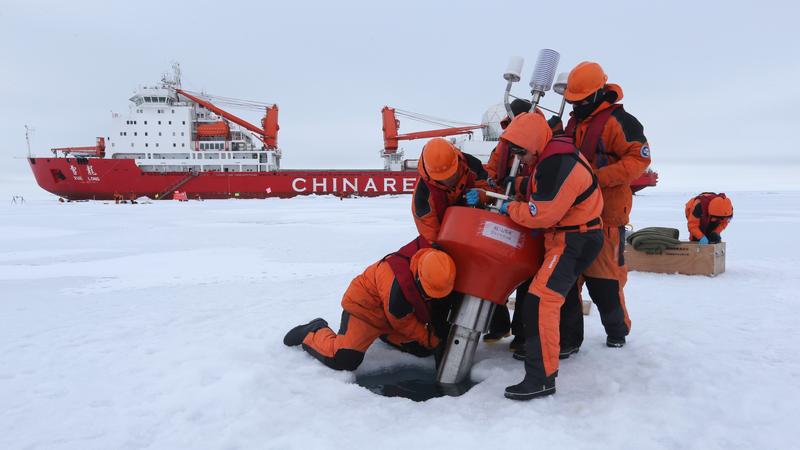 China has called for stronger international cooperation on the establishment and operation of Arctic shipping routes as it elaborates on a vision of a "Polar Silk Road" in its first white paper on Arctic policy.

Some people doubt China's participation in Arctic affairs and worry we'll plunder resources and damage the environment. I think that worry is completely unnecessary

As a result of global warming, the Arctic shipping routes, made up of three passages, are likely to become important transportation routes for international trade, according to the white paper released by the State Council Information Office on Friday.

"China hopes to work with all parties to build a 'Polar Silk Road' through developing the Arctic shipping routes," the document said.

It also said the Belt and Road Initiative, which consists of the Silk Road Economic Belt and the 21st Century Maritime Silk Road, will bring opportunities for parties concerned to jointly build a "Polar Silk Road", and facilitate connectivity and sustainable economic and social development of the Arctic.

China has conducted studies on these routes and continuously strengthened hydrographic surveys to improve navigation, security and logistical capacities in the Arctic. It will encourage its enterprises to participate in infrastructure development and conduct commercial trial voyages, the white paper said.

It stressed that the management of the Arctic shipping routes should be conducted in accordance with treaties including the United Nations Convention on the Law of the Sea and general international laws. China also expects to participate in development of energy, fishing and tourism in the region.

China's participation in Arctic affairs will be conducted in accordance with the basic principles of "respect, cooperation, win-win results and sustainability", the white paper said.

With promoting sustainable development as the ultimate goal, China's participation will bring opportunities, instead of damage, to the region, Vice-Foreign Minister Kong Xuanyou said at a news conference on Friday.

"Some people doubt China's participation in Arctic affairs and worry we'll plunder resources and damage the environment. I think that worry is completely unnecessary," he said.

Zhang Xia, a researcher with the Polar Research Institute of China, said the development of the routes will benefit countries that rely heavily on seaborne trade.

"Some regions along the traditional shipping routes from China to Europe are troubled by political instability, and some waters in the routes are infested by pirates. For the Arctic routes, there is no such risks," he said.

Voyage efficiency in the Northern Hemisphere will be greatly improved with the Arctic routes. The distance from China to Europe through the Northeast Passage in the Arctic is about one-third shorter than traditional routes, Zhang said.

However, he said, the Arctic routes may only be used seasonally because of winter ice.

Shipping route development is an economic sector that comes second only to oil and gas development in the Arctic. Arctic routes may further enhance EU-China economic cooperation, said Zhao Long, a researcher from the Shanghai Institutes for International Studies.