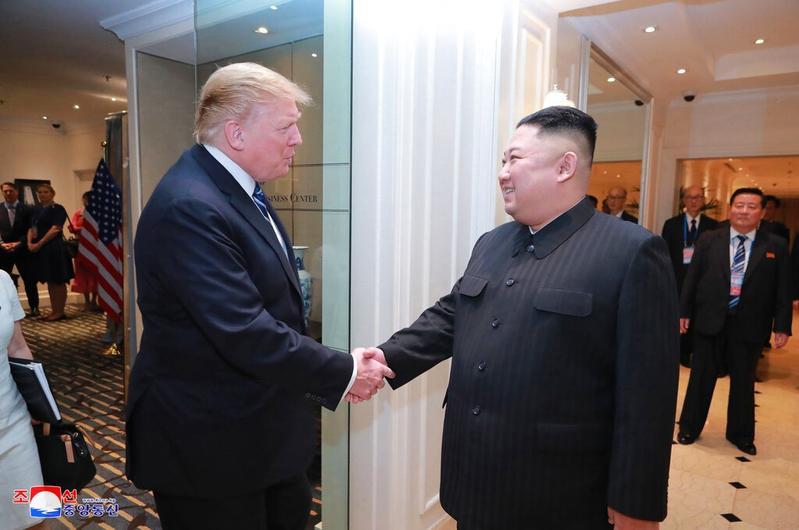 Washington on Friday briefed Beijing on the Hanoi summit over a phone call, saying it will remain in contact with Pyongyang.

United States Secretary of State Mike Pompeo made the commitment during the phone conversation with Yang Jiechi, a member of the Political Bureau of the Communist Party of China Central Committee.

Pompeo said the US will continue to seek to resolve the Korean Peninsula issue through dialogue and negotiation.

Pompeo said the US will continue to seek to resolve the Korean Peninsula issue through dialogue and negotiation.

The US appreciated China playing a positive role on the issue and would like to maintain communication and coordination with China, he said.

Yang, who is also director of the Office of the Foreign Affairs Commission of the CPC Central Committee, said that the Korean Peninsula issue is complicated and cannot be solved overnight.

China hopes the US and the Democratic People’s Republic of Korea will be patient and meet each other halfway to unremittingly advance peace talks and strive for new achievements, Yang said.

China will continue to play a constructive role on the issue, he added.

China's Foreign Ministry also called on all parties concerned to take a constructive attitude and play an active role in resolving the Korean Peninsula issue together.

Lu Kang, the spokesperson, said at a daily news briefing that it is a positive sign that both sides showed their willingness to maintain contact and continue dialogue.

"Thanks to concerted efforts of all parties concerned, seeking a political solution to the Korean Peninsula issue through dialogue has been recognized as a general direction, which is to realize the denuclearization and establish a peace mechanism on the peninsula," Lu noted. "We hope the DPRK and the United States will continue talks, meet each other halfway, accommodate each other's legitimate concerns on the basis of mutual respect and advance the political settlement of the Korean Peninsula issue."

On early Friday morning, DPRK Foreign Minister Ri Yong Ho told a news conference in Hanoi that his country only asked for a partial lifting of sanctions that may impede the livelihood of its people at the meeting with the United States, not what the U.S. side said the DPRK asked for -- lifting sanctions against Pyongyang "in their entirety."

In commenting on that, Lu said although the two countries had contradictions on the issue, both of them agreed the lifting of sanctions represented an important part of realizing the denuclearization on the Korean Peninsula.

China has always proposed that the Security Council of the United Nations needs to consider modifying sanctions based on the positive development of the Korean Peninsula situation, Lu said.