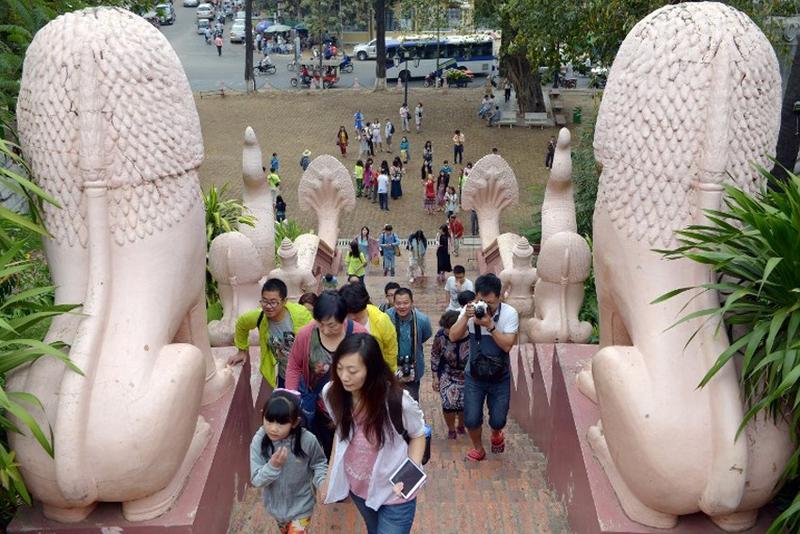 PHNOM PENH – Some 931,763 Chinese tourists visited Cambodia in the first six months of 2018, up 75.8 percent over the same period last year, the tourism ministry's latest report showed on Wednesday.

According to a tourism ministry report, China topped the chart among the top 10 international arrivals to Cambodia

Chinese holidaymakers accounted for 31 percent of the three million international tourists visiting Cambodia during the January-June period this year, the report said.

China topped the chart among the top 10 international arrivals to the kingdom, it added.

Cambodian Tourism Minister Thong Khon predicted that the Southeast Asian country could attract at least 1.7 million Chinese tourists in 2018 and up to 2.5 million in 2020.

Besides, it has a pristine coastline stretching in the length of 450 km in four southwestern provinces of Koh Kong, Preah Sihanouk, Kampot and Kep.

Tourism is one of the four sectors supporting the country's economy. Last year, the country received 5.6 million foreign tourists including 1.21 million Chinese, earning gross revenue of US$3.6 billion.