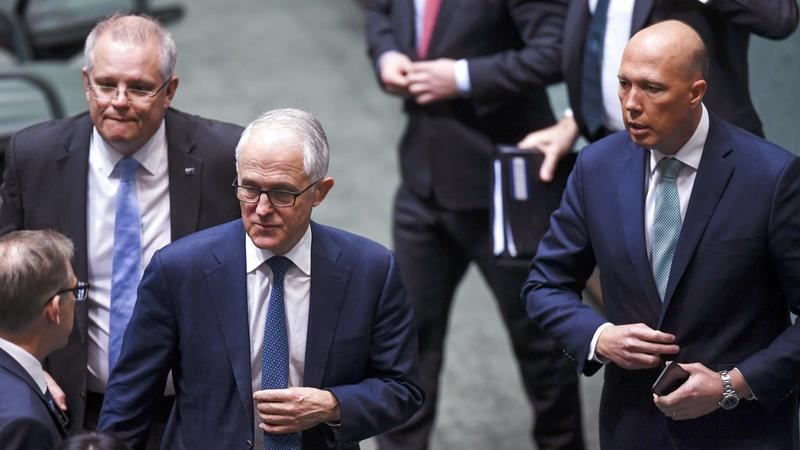 CANBERRA, Australia — Australia's beleaguered prime minister was resisting pressure to quit as opponents from within his party struggled on Thursday to show that he had lost the government's support.

Prime Minister Malcolm Turnbull demanded the names of lawmakers in the conservative Liberal Party who wanted him to go before he would allow them to choose a new prime minister at a meeting at Parliament House on Friday. The names would provide proof that a majority of his government had abandoned him.

Turnbull's main rival in his government, former Cabinet minister Peter Dutton, has told the prime minister that a majority of Liberal Party lawmakers — at least 43 — don't support his leadership

Turnbull would then become the fourth prime minister to be dumped by his or her own party before serving a full three-year term in an extraordinary era of political instability that began in 2010. The trend is universally hated by Australians.

Turnbull's main rival in his government, former Cabinet minister Peter Dutton, has told the prime minister that a majority of Liberal Party lawmakers — at least 43 — don't support his leadership. But Dutton's supporters on Thursday could not find 43 lawmakers prepared to sign their names to a petition demanding a leadership ballot.

An explanation could be that some lawmakers fear they will be punished by voters if they put their names to dumping Turnbull. The ballot to choose a prime minister is secret, so lawmakers don't have to declare which candidate they voted for. Many later lie that they backed the winner.

Support for ousting Turnbull might also have waned because he warned on Thursday he would quit politics rather than ask his party again for its support in a ballot. His resignation from Parliament would force a by-election that could cost the government its single-seat majority. The resignation could also push his successor into immediately calling general elections. 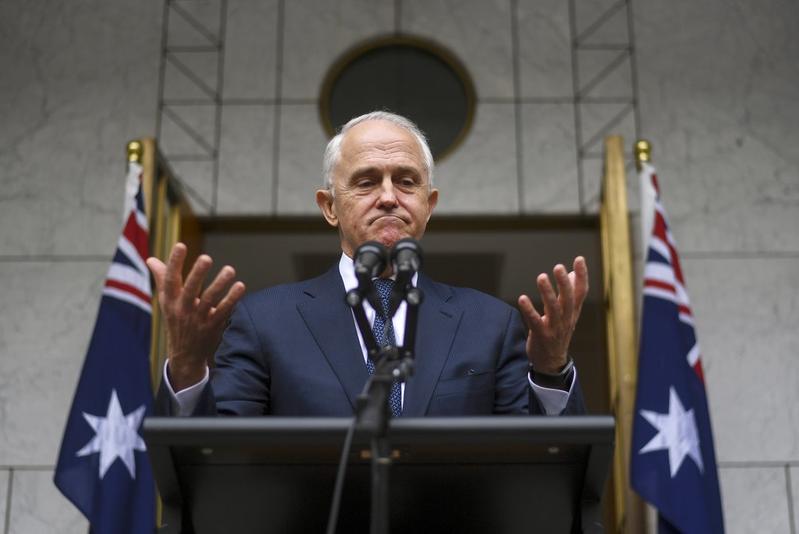 Zed Seselja, a Dutton supporter who has resigned as a Turnbull government minister, estimated 40 had signed the petition by late Thursday. Turnbull should allow the meeting to proceed on Friday without the names of his opponents, Seselja said.

Turnbull insisted that the names of those who wanted him gone needed to be made public.

"These are momentous times and it's important that people are accountable for what they're doing," he told reporters.

Turnbull had defeated Dutton 48-35 in a surprise vote on Tuesday. Turnbull initiated the ballot in the hope of ending speculation that his government had lost faith in him in the face of poor opinion polling. Several ministers have since resigned and told him that most of the government wanted a new leader.