China has shown the world an alternative, author says

By Cecily Liu in London 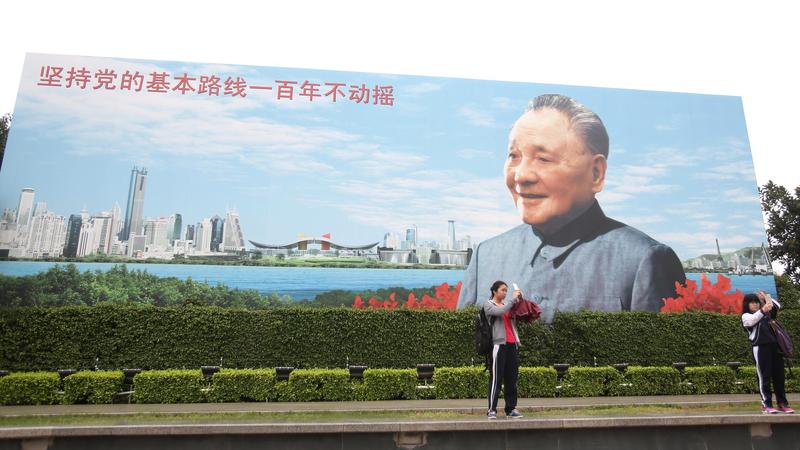 China's rapid growth since it embarked on reform and opening-up in 1978 has not only created an economic miracle for the country but also provided a new development model for other emerging economies to look to, according to Martin Jacques, author of the global best-seller When China Rules the World.

In doing so, China broke the previous consensus that the Western model of development was the only path to success. Effectively, China has inspired other emerging countries to explore development paths that are suitable for their own situations, Jacques said.

Jacques, 73, is one of Britain's best-known Sinologists. When China Rules the World, published in 2009, has been translated into 15 languages and sold 350,000 copies.

He correctly predicted China's ascent to global leadership in 2009, when the trend was not so obvious. He argued against the consensus at the time that China's development model would become more like the West's as its economy developed.

Time has proved Jacques right - China has cemented its economic strength internationally without becoming a mirror image of the West.

READ MORE: China to be stabilizing power in new era

In addition, China is now using its international influence to lead on multilateral issues, including globalization, climate change and global governance, in its own unique way. To share its development experiences with other emerging economies and improve global trade links, China has championed the Belt and Road Initiative and the Asian Infrastructure Investment Bank.

"China is going to be a very different kind of great power," Jacques said. "The Belt and Road is a powerful example of China trying to find a new relationship (that can benefit both China and other countries). This notion is very different from Western colonial thinking."

The AIIB, which focuses on financing infrastructure projects in Asia, represents the interests of more than 80 member countries through a pluralistic approach. The BRI, which aims to improve connectivity between Asia and Europe through infrastructure investment, has attracted interest from public- and private-sector players globally.

In Jacques' view, these exciting initiatives challenge the post-Cold War mentality that divided the world into the West and the rest.

"Until recently, the world was still a Western world," he said. "China's rise gave the developing world an alternative place to look, for development, for inspiration."

Although Jacques is now a firm advocate of China's potential, he conceded that he was ignorant of the East until 1993, when he visited China, Singapore and Malaysia.

ALSO READ: Charting the path ahead

In China, he saw construction cranes working round the clock, roads streaming with trucks and carts, and women laborers balancing loads on either end of bamboo poles.

"It absolutely seized my mind," he said. "Guangdong province was a sort of huge building site with land being cleared as far as you could see, so many people in motion. It was so obvious this was a huge, important, historic moment I was watching."

He emphasized the crucial role reform and opening-up has played in China's economic achievements and global influence, and the leadership of Deng Xiaoping, the man credited with transforming the country from a planned economy into a market-driven one.

"The idea that you can measure against the rest of the world, and be willing to learn straight away, it's a confident attitude," he said.

China's recent history details a success story. In 1978, the nation's economy was just one-40th the size of the United States' economy. Last year, it was more than three-fifths the size, according to International Monetary Fund estimates.

Looking ahead, Jacques is confident China will continue to develop. He said its GDP growth rate may drop to a more sustainable level, but its development will increasingly focus on innovation and quality growth.

In addition to development, he sees China's rise into the global spotlight also attracting antagonism from Western countries fearful of being challenged.

US President Donald Trump's moves to instigate a trade war is evidence of the external pressure China must learn to face. Equally, the novelty of China-proposed initiatives such as the BRI could lead to questions and doubts.

"China has got to find a way of dealing with it," he said. "By and large, I think it's succeeding in doing it, but it's not a simple matter."