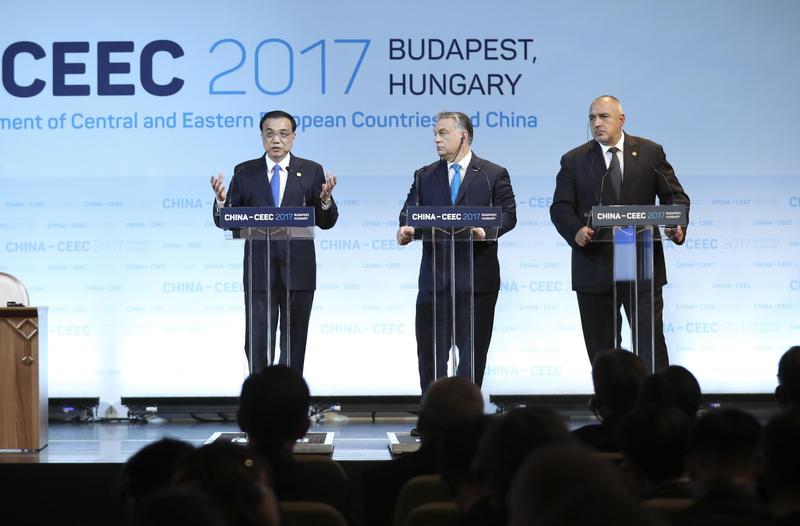 BEIJING – Chinese Premier Li Keqiang has called for enhancing links between China and Central and Eastern European countries (CEEC), and has come up with very pragmatic proposals to advance their cooperation.

As an important part of and a helpful complement to China-Europe ties, cooperation between China and the 16 CEE countries, which is dubbed 16+1, has promoted the development of China-Europe relations, Li said in his keynote speech at the seventh China-CEEC Economic and Trade Forum.

The 16+1 cooperation is not a geopolitical tool, but an incubator for pragmatic trans-regional cooperation.

The forum was held in the Hungarian capital city of Budapest on Monday.

The Chinese premier called for docking the China-proposed Belt and Road Initiative with the development strategies of the CEEC.

Speaking to over 1,000 entrepreneurs from China and the CEEC at the opening ceremony of the forum, Li also demanded efforts to accelerate the building of connectivity projects such as the Hungary-Serbia railway and promote the healthy development of China-Europe freight train services.

Production capacity is also an area where the two sides should expand cooperation, said Li.

Li also called upon the two sides to boost trade and investment liberalization and facilitation by strengthening customs cooperation and speeding up logistics, and to promote cooperation in the fields of small and medium-sized enterprises.

In the speech, Li announced the establishment of China-CEEC Inter-Bank Association and the second phase of China-Central and Eastern Europe Investment Cooperation Fund.

The China Development Bank will provide an equivalent amount of 2 billion euros (US$2.4 billion) as development-oriented financial cooperation loans for the inter-bank association, he said.

Meanwhile, the Chinese premier said the second phase of the investment cooperation fund that totaled US$1 billion will be mainly invested in Central and Eastern Europe.

China's economy has been transformed from a phase of high-speed growth to high-quality development, and this will surely create opportunities for all countries in the world including the CEEC in terms of bigger market, stronger growth, more investment and cooperation, he said.

The premier boiled his proposals down to five initiatives that also include spurs to cultural and people-to-people exchanges while attending the sixth meeting of heads of government of China and 16 CEE countries.

Li said the key to the fast development of the 16+1 cooperation is to apply the principle of equality and consultation, mutual benefit, openness and inclusiveness, and innovation.

The 16+1 cooperation is not a geopolitical tool, but an incubator for pragmatic trans-regional cooperation, said Li, adding that the cooperation is conducive to the balanced development of China-EU relations.

This year marks the fifth anniversary of the launching of 16+1 cooperation. Li said in his speech that the 16+1 cooperation has been growing in the past five years, becoming an influential trans-regional mechanism with substantial projects and cooperation results.

Leaders of the 16 CEE countries spoke highly of Li's initiatives, saying the fruitful results of cooperation in the past five years is a testimony to the willingness of all countries to strengthen cooperation and the growing importance of the mechanism. 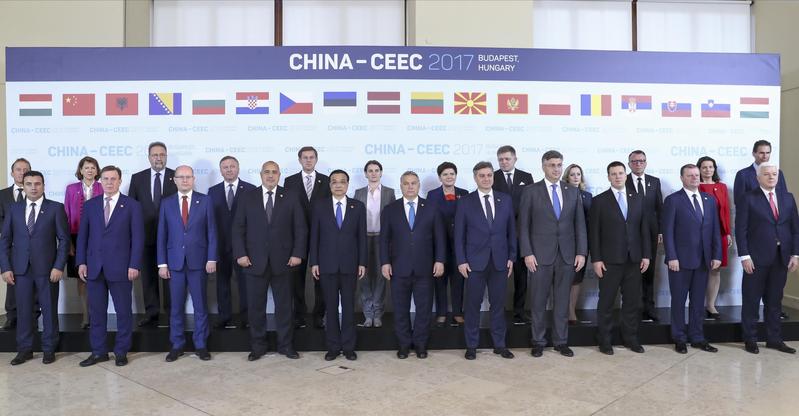 They vowed to make full use of the platform to promote 16+1 cooperation, implement their consensus on cooperation, explore new potentials, strengthen practical cooperation in such fields as connectivity, finance, e-commerce, agriculture, logistics, small and medium-sized enterprises, tourism and culture, and push forward their relations with China as well as EU-China ties in order to achieve win-win results.

After the meeting, the leaders witnessed the signing of a batch of cooperation documents on the Belt and Road Initiative, connectivity, industrial capacity cooperation, infrastructure, finance, quality inspection and culture.

When meeting the press with Hungarian Prime Minister Viktor Orban and Bulgarian Prime Minister Boyko Borisov, Li said the cooperation between China and CEE countries has always been open and inclusive, adding that "this is especially important under the current circumstances."

"Our cooperation does not target a third party or exclude a third party," said Li. "We welcome the participation of other countries so as to make the globalization more balanced and let more people enjoy the dividends of development."

Bulgaria will host the next 16+1 leader's meeting in 2018. Borisov told the press conference that the EU's initiatives and those of China's, including the Belt and Road Initiative, are complementary, not contradictory.

He thanked China for not only being committed to opening its domestic markets but also proposing projects that help other countries develop.

The EU, Austria, Switzerland, Greece, Belarus and the European Bank for Reconstruction and Development (EBRD) attended the meeting as observers.

Li arrived in Budapest on Sunday for an official visit to Hungary and for the sixth meeting of heads of government of China-CEE countries. He will depart for Russia to attend the 16th meeting of the Council of Heads of Government (Prime Ministers) of the Shanghai Cooperation Organization in the Russian city of Sochi from Nov 30 to Dec 1.