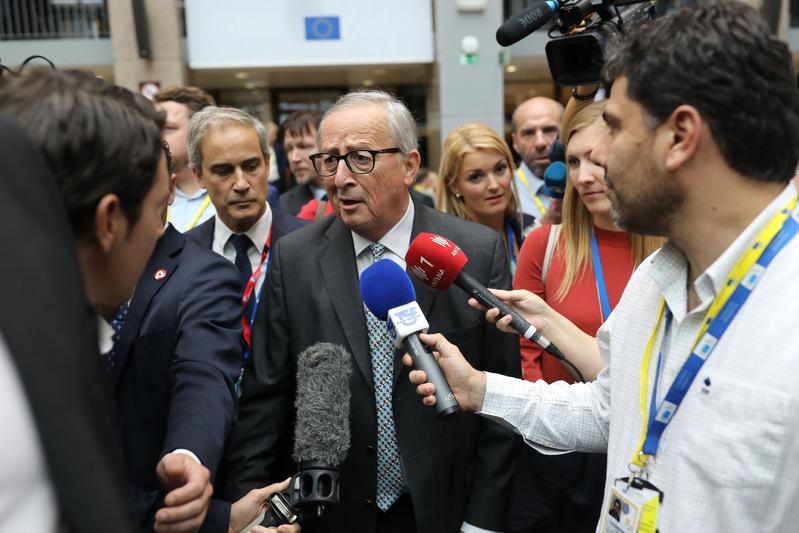 Trump will ruffle a bit, but there will not be any automobile tariffs. He won’t do it ...

“Trump will ruffle a bit, but there will not be any automobile tariffs,” Juncker said in the interview, which was published online Thursday. “He won’t do it. You’re talking to a fully informed man.”

Trump gave himself a deadline of mid-November to decide whether to impose the levies on cars and auto parts. The EU threatened to retaliate with tariffs on US$39 billion of American goods if the president carried out his threat.

ALSO READ: US plans tariffs on EU after WTO ruling on aircraft subsidies

Last year, Trump infuriated European leaders by declaring American imports of steel and aluminum a security threat and imposing levies of 25% and 10%, respectively, on shipments from around the world, including the EU. That prompted the bloc to retaliate with a 25% tariff on 2.8 billion euros (US$3.1 billion) of American goods such as Harley-Davidson Inc motorcycles, Levi Strauss & Co jeans and bourbon whiskey.

A 25% US levy on foreign cars would add 10,000 euros to the sticker price of EU vehicles imported into the country, according to the Brussels-based European Commission, the bloc’s executive arm.

US tariffs on European cars and auto parts would mark a significant escalation of transatlantic tensions because the value of EU automotive exports to the American market is about 10 times greater than that of the bloc’s steel and aluminum exports combined. As a result, European retaliatory duties would target a bigger amount of US exports to Europe.

Mina Andreeva, Juncker’s spokeswoman, declined on Thursday evening to be specific about how he knew what Trump’s decision would be.

“The president and his team are in constant contact with our US counterparts -- as it should be,” Andreeva said in a message sent by phone.

On Wednesday evening, EU Trade Commissioner Cecilia Malmstrom said the threat of US tariffs on European automotive goods persisted while sounding a cautiously optimistic note such levies will be avoided.

“We do not know what the Americans -- or the American president -- will decide next week,” Malmstrom told a European Parliament committee in Brussels. “We do note that there seems to be very few people defending the idea of tariffs in the car sector.”