By Luis Liu and He Shusi in Hong Kong 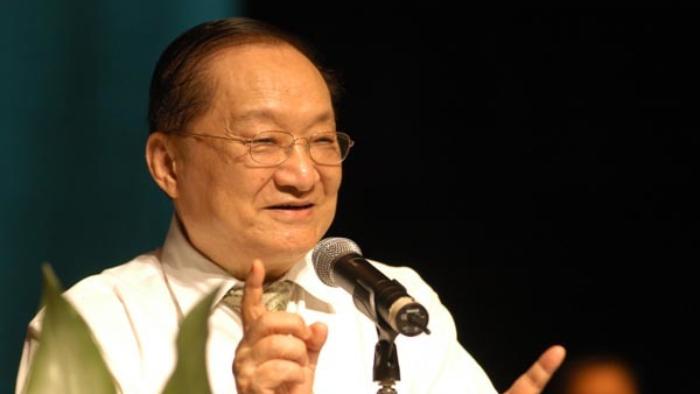 One of the world’s most influential Chinese novelists Louis Cha Leung-yung, better known for his pen name Jin Yong, died on Tuesday in Hong Kong’s Sanatorium and Hospital at the age of 94, according to a number of local media.

Cha was most famous for his Chinese wuxia (martial arts and chivalry) novels.

In 1955, Cha published his first wuxia novel The Book and the Sword in the then New Evening Post under his pen name Jin Yong.

Throughout his novelist career he wrote a total of 15 popular wuxia novels. He hanged up his pen in 1972 with The Deer and the Cauldron.

He was also the founder of Hong Kong’s famous Chinese-language newspaper Ming Pao.

Born in Hangzhou, Cha graduated from the Law School of Suzhou in 1948. To help support himself during his studies, he begun to work as a journalist and translator in 1947 for the newspaper Ta Kung Pao, in Shanghai. In 1948, he came to Hong Kong to work for the same paper's Hong Kong office.

In a government press release on Tuesday, Hong Kong’s Secretary for Home Affairs Lau Kong-wah expressed deep sorrow over the passing of Cha and extended his deepest condolences to Cha's family.

"The masterpieces written by Professor Cha laid the cornerstone of the development of martial arts (Wuxia) novels in Hong Kong. The permanent exhibition of Jin Yong Gallery in the Hong Kong Heritage Museum showcases Professor Cha's contribution to Hong Kong culture since its establishment. Professor Cha's work and its chivalrous spirit manifested will always be recognized and remain for generations. He will be remembered fondly," Lau said.