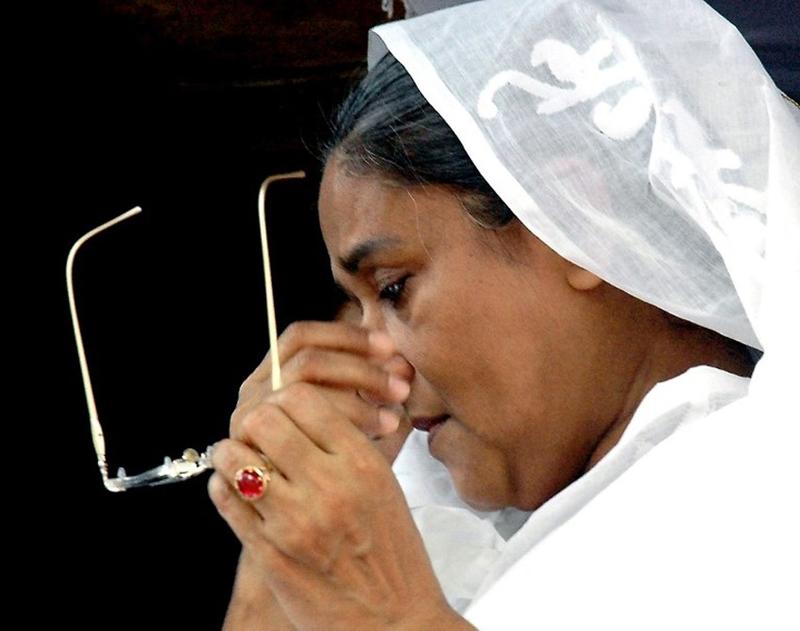 In this Aug 21, 2005 photo, the then opposition leader Sheikh Hasina, who is now the prime minister of Bangladesh, wipes her tears after addressing a rally in Dhaka marking the first anniversary of a grenade attack on a rally of her party, Awami League. Hasina narrowly escaped the attack, which left 24 people dead and hundreds injured. (STR / AFP)

DHAKA, Bangladesh — A tribunal in Bangladesh sentenced 19 people to death and the opposition's heir-apparent to life imprisonment Wednesday for a deadly 2004 attack at a political rally of then-opposition leader and current Prime Minister Sheikh Hasina.

Judge Shahed Nuruddin delivered the verdicts — interrupted twice by power cuts — at the court in Dhaka, the capital, on 49 defendants facing multiple charges stemming from the grenade attack 14 years ago that killed two dozen people and wounded nearly 300 more.

Hasina narrowly escaped the attack, having been whisked by party members to a waiting car from a makeshift dais in front of the Awami League headquarters in Dhaka, near where at least 13 grenades detonated.

Nuruddin said Wednesday that the attack was intended to eliminate the Awami League leadership, including Hasina.

Armed guards stood outside the courtroom in the old part of Dhaka to quell potential protests, but the streets were calm.

Lutfozzaman Babar, one of two former Cabinet ministers among those condemned to death, told reporters after the verdict that he was innocent. "God knows everything. I was not behind it," he said.

Former Prime Minister Khaleda Zia's elder son, Tarique Rahman, received a life sentence for each of two conspiracy charges stemming from the attack. He lives in London and was tried in absentia. Eleven other defendants were given six months to two years in prison. 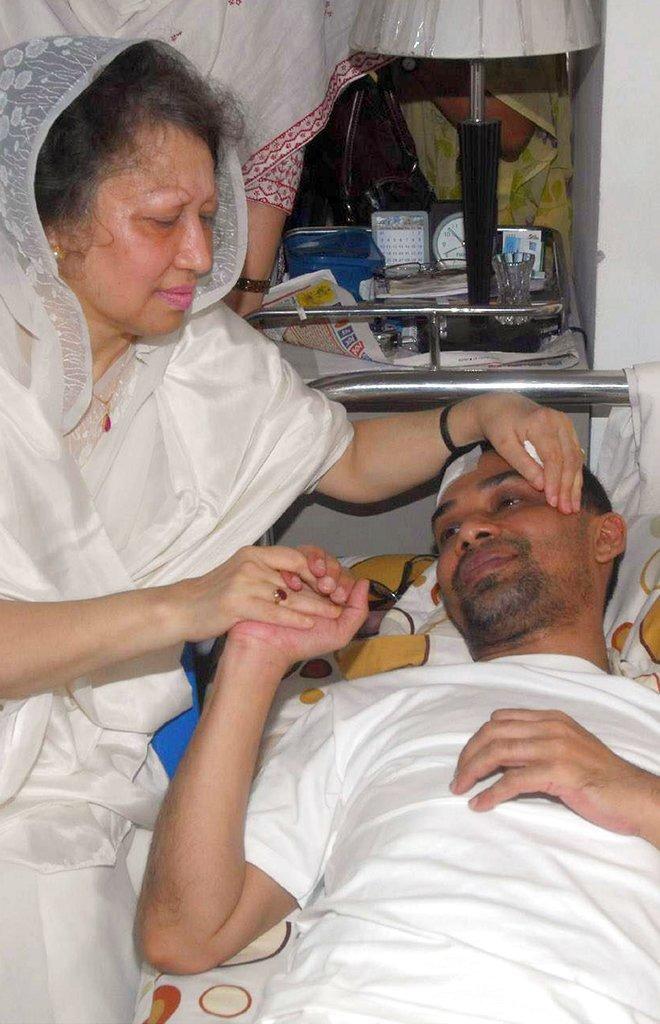 In this Sept 11, 2008 file photo, former Bangladesh prime minister Khaleda Zia, left, greets her son Tarique Rahman at a hospital in Dhaka, Bangladesh. A Bangladeshi tribunal has sentenced 19 people to death and as many to life in prison for a grenade attack at a political rally of then-opposition leader and now Prime Minister Sheikh Hasina. (PAVEL RAHMAN / AP)

Rahman's conviction could help Hasina retain power in elections due in December.

Zia has been serving a prison sentence on a corruption conviction since February.

The 73-year-old Zia has been in a state-run hospital since Saturday receiving treatment for what her party says are multiple medical complications.

Zia was convicted of embezzling about US$250,000 in donations meant for an orphanage trust established when she first became prime minister in 1991. Rahman was also sentenced to 10 years in prison for involvement in the case.

Zia faces more than 30 other charges, ranging from corruption to sedition, which her party has denounced as politically motivated and a government effort to keep her out of the elections.

The government has denied the allegations.

Zia was the country's prime minister three times — twice for full five-year terms and once for a brief period.

Nuruddin said the parties had 30 days to appeal the verdict to Bangladesh's High Court.

After Wednesday's verdict, prosecutors said they were considering asking the higher court to consider a harsher sentence for Rahman and others.