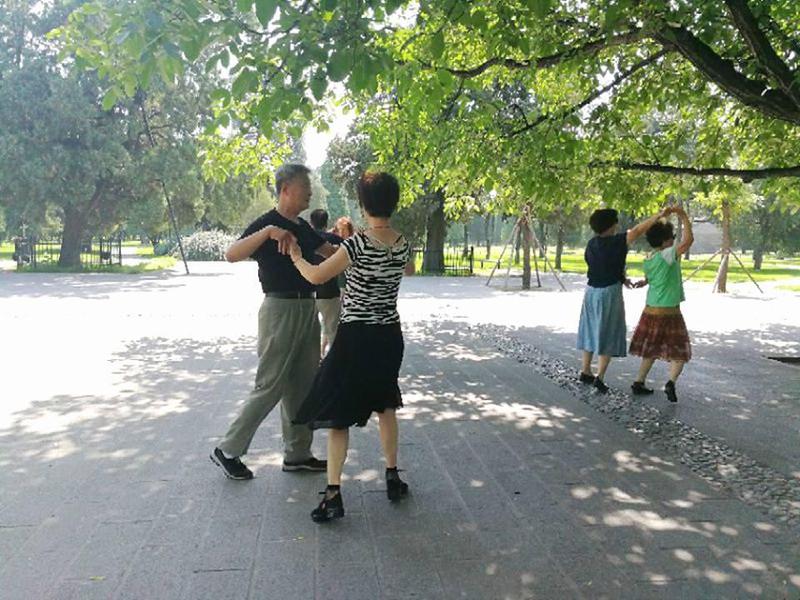 BEIJING - China is a country where the life expectancy is more than 80 years and people live longer than most around the world.

One elderly woman shared her secrets for living a healthier life. “Like me and other people in the public places, we like to exercise regularly,” she said.

In the capital Beijing, scores of senior citizens throng public parks, which they don’t leave till the afternoon, using the spaces for their extensive exercise routines.

One such place is the Temple of Heaven Park, one of the most beautiful sites in Beijing. At the park, senior citizens can be seen singing, dancing and practicing Tai Chi or Chinese martial arts under the trees.

Looking at these groups of senior citizens, it seems as if they are all members of one family. But, in fact, they are from different places and some travel as far as 10 kilometres to join their friends every morning.

From their happy faces, one could tell that it’s all worth it.

People usually start exercising in the park when they are in their 50s. During weekends, young couples and their children also come to the park for a stroll and to enjoy the pleasant environment.

The Temple of Heaven was built in 1420, a place where emperors of the Ming and Qing dynasties went to worship heaven, pray for favourable harvests and rains.

The Temple of Heaven is one of the ancient Chinese temples with the highest level, the supreme status, and the most complete still existing today.

A woman said after retiring from work at 55, she started exercising more regularly. Another woman named Yang said she is now 79 years old and goes to the park at 08:45 am every morning to exercise and meet friends while the younger members of her family set off for work.

“I come to enjoy this place. I meet so many different people with different tastes from all over Beijing. While some prefer to sing to cheer themselves up, others dance, do physical exercises and practice Tai Chi,” she said.

Yang also said it is important to have fun and make new friends, regardless of age. She said one of her friends is 83 years old but still has a good time and leads a good life.

“I don’t come in the evening because it is too hot, compared to the morning,” she said.

“After my exercise, I go back home to cook. Then, I have lunch with my husband. The best food is home-cooked food,” she added.

Her husband does not come to the park with her prefers to read at home and play chess with friends, she said.

Another septuagenarian named Zhu Qian Shu is passionate about dancing. She said she began dancing at 60 and has proved to be more talented than many younger people.

“Every morning I go to the park and practice my dance. Unfortunately, I don’t think I will ever dance for a large audience because of my age, but I can achieve my dreams at the Temple of Heaven Park,” Zhu Qian Shu said.