BEIRUT — An al-Qaida-linked coalition in Syria cemented its hold on the last major rebel stronghold in the country after Turkey-backed opposition groups accepted a surrender deal that effectively gives to the extremists control of the entire region in northwestern Syria, opposition activists and a war monitor said Thursday.

Hayat Tahrir al-Sham, Arabic for Levant Liberation Committee, or HTS, took over control of Idlib province and the surrounding countryside after forcing rival insurgents to accept a deal for a civil administration run by HTS in their areas.

The developments threaten to derail a cease-fire in the area reached in September between Turkey and Russia that averted a potentially catastrophic Syrian army assault on Idlib.

The deal follows days of fierce fighting during which the HTS seized more than two dozen villages from the Turkey-backed National Liberation Front.

Idlib province is the last major rebel stronghold in civil war-torn Syria outside of government control, with the exception of northeastern Syria, which is controlled by US-backed Kurdish groups. Control of the province has so far been divided between HTS, which is spearheaded by al-Qaida's affiliate in Syria formerly known as the Nusra Front, and rebels backed by Turkey. 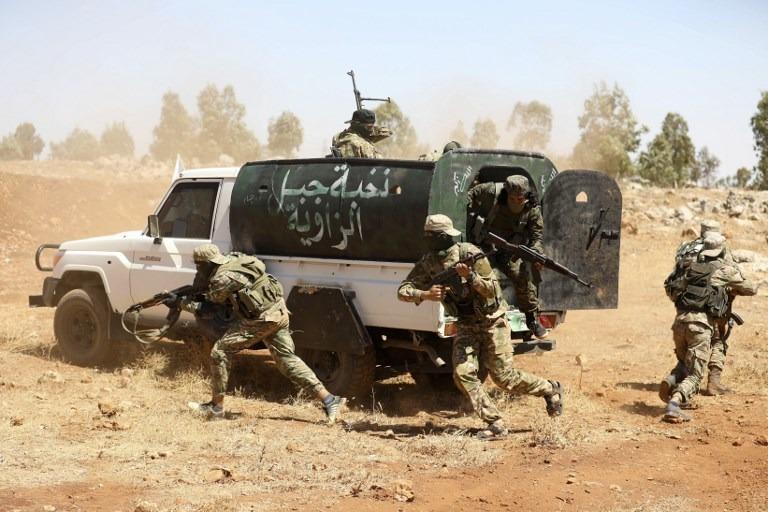 In this file photo taken on Aug 14, 2018, Syrian fighters attend a mock battle in anticipation of an attack by the regime on Idlib province and the surrounding countryside, during a graduation of new Hayat Tahrir al-Sham (HTS) members at a camp in the countryside of the northern Idlib province. (OMAR HAJ KADOUR / AFP)

The Syrian government has repeatedly threatened to launch an offensive to recapture Idlib province, which is packed with 3 million people, including many who were displaced from other parts of the country. The deal reached in September between Turkey and Russia, a key ally of Assad, averted a potentially catastrophic battle for Idlib that would have likely triggered a new wave of bloodshed and refugees. The deal required jihadist groups to leave a frontline buffer zone.

The latest advances by the HTS, which include many foreign fighters, raises questions over the future of the deal.

"HTS' governance will result in increased human rights abuses and further deterioration in the humanitarian situation, and this situation will be used as an excuse by the Assad regime and Russia to launch an offensive to retake Idlib," says Kenan Rahmani, advocacy manager at The Syria Campaign.

Rami Abdurrahman, who heads the Britain-based Syrian Observatory for Human Rights, said jihadis are now the strongest party in Idlib.

"This paves the way for a Russian-backed government offensive to retake the province, now that it is controlled by HTS," he said.