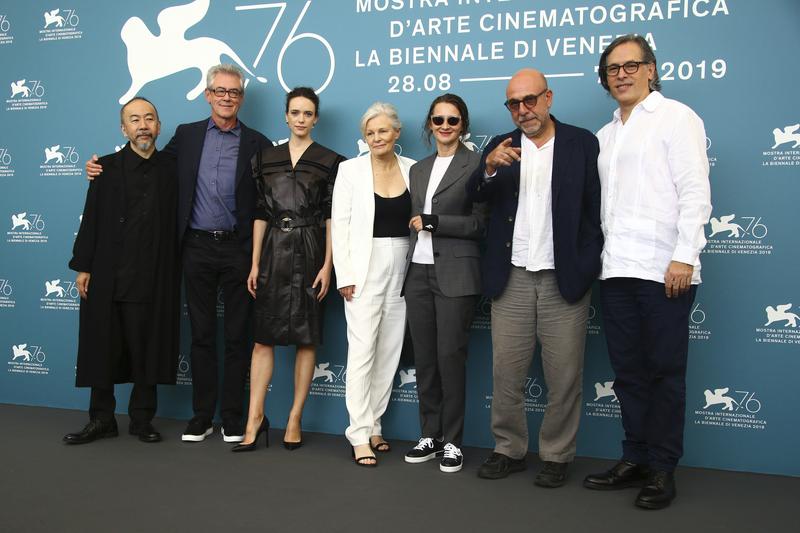 VENICE — The Venice International Film Festival got off to a contentious start Wednesday with the festival director and jury president discussing the merits of including a Roman Polanski film and debating the use of quotas to ensure gender parity.

At the opening press conference, journalists from around the world pushed Venice Film Festival director Alberto Barbera and jury president Lucrecia Martel to address the inclusion of a new Polanski film and the lack of female directors in competition.

Barbera defended including Polanski's film An Officer and a Spy in competition for the prestigious Golden Lion Award. The Rosemary's Baby director fled the US after pleading guilty to unlawful sex with a 13-year-old girl and has been a fugitive for over 40 years.

The history of art is full of artists who committed crimes of different nature, of a different seriousness

"I am convinced that we have to distinguish between the artist and the man," he said. "The history of art is full of artists who committed crimes of different nature, of a different seriousness. Nevertheless, we have continued to consider and to admire in many cases their works of art. And the same is true of Polanski who is my opinion, one of the last masters still active in European cinema."

Martel, an Argentinian director who is presiding over the jury evaluating the 21 films in competition, including Polanski's, offered a complex response. She noted that Polanski's victim, Samantha Geimer, has long called for an end to the case that limits the director's movements to three European countries. But she also said that unlike Barbera, she does not separate the artist from the actions of the man.

"I will not take part in the gala dinner organized by Polanski because I represent many women who are fighting in Argentina on these type of issues and I will not be there to congratulate him. But I think it is correct that Polanski's movie is here at this festival," Martel said. "We have to develop our dialogue with him and this is the best possible place to go on with this type of discussion."

The two disagreed even more strongly on the issue of quotas as a measure to ensure gender parity. This year, only two films in competition were directed by women: Shannon Murphy in her directing debut with Babyteeth, starring Ben Mendelsohn, and The Perfect Candidate from Saudi Arabian director Haifaa Al-Mansour about a young Saudi female doctor who decides to run for office.

Barbera maintained that he tried to improve the numbers, but that the films submitted were not worthy of competition slots. He said only 23% of the films submitted this year were from women and countered bias claims by stating that 50% of the selection committee were women.

He added that he is fully against festival programming quotas to address the inequality, but suggested them in other arenas like financing and access to film school.

READ MORE: Opening up of film market leads to vibrancy

Martel challenged the notion that a festival programming quota would mean sacrificing excellence.

"Are you sure that the quality would decrease?" Martel asked. "This transformation is so deep that perhaps it wouldn't be too bad if a couple of years we could introduce and experiment with this."

There was no resolution Wednesday: The press conference was brought to a close mid-debate in order to stay on schedule, but it will likely not be the last time the question is raised before the festival's conclusion on Sept 7.