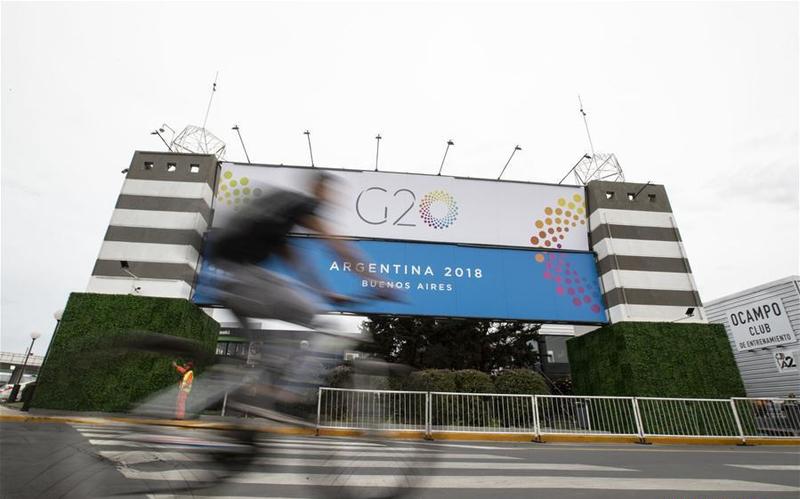 In this Nov 27, 2018 photo, a man rides a bicycle past a banner of G20 summit outside the Costa Salguero Center in Buenos Aires, Argentina. (LI MING / XINHUA)

BEIJING – Economic globalization is the trend of the times and efforts should be made to safeguard global free trade and the multilateral trade system, China's Ministry of Commerce (MOC) said on Thursday.

MOC spokesperson Gao Feng called on member countries of the Group of 20 (G20) to work together to help build an innovative, inclusive and open world economy and push for positive and pragmatic economic and trade results at the upcoming G20 summit in Argentina.

Rising protectionism and unilateralism has brought uncertainties to global economic growth, which calls for cooperation from all parties, he said.

China is willing to work with Argentina and other parties in strengthening cooperation in trade and investment, keeping markets open and exploring new drivers for growth, Gao said.

China hopes to conduct sincere, in-depth and constructive dialogue with all members on international trade and other issues, said Gao.

In response to the China-US economic and trade issue, Gao said that teams of the two sides are in contact to push the implementation of the consensus reached by the presidents of the two nations.