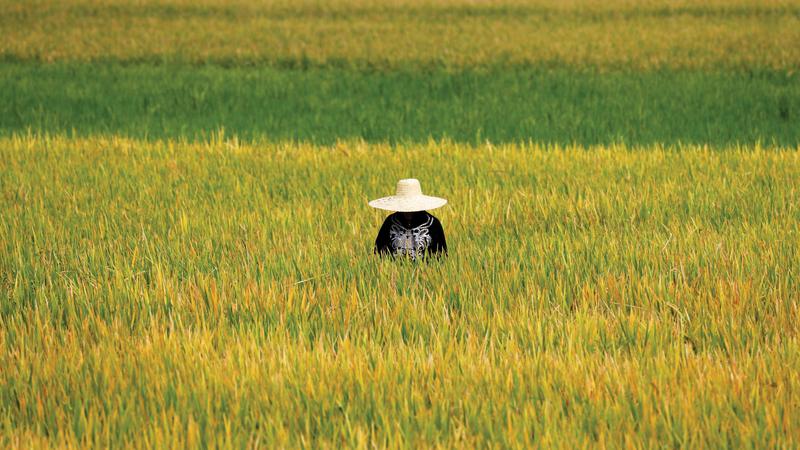 A farmer works in a rice field in Pinamalayan, Oriental Mindoro province, the Philippines. (PHOTO PROVIDED TO CHINA DAILY)

A rice-breeding program between China and the Philippines, although not as widely publicized as big-ticket infrastructure projects, has become one of the most significant hallmarks of the two countries’ cooperation.

China is the world’s pioneer in hybrid rice technology, which allows the country to feed its growing population despite the fact that the nation has only 7 percent of the world’s arable land.

It has promoted the technology to other countries, including the Philippines.

Hybrid rice is produced by the cross-pollination of two varieties, with the product of this crossbreeding being a high-yielding seed. Some of these hybrid varieties are also resistant to pests and diseases.

For nearly two decades, the Philippine-Sino Center for Agricultural Technology, or PhilSCAT, has been testing and developing high-yielding rice varieties. According to experts, cultivating hybrid seeds is one of the ways in which the Philippines can attain its goal of national rice self-sufficiency.

The center is based in the northern Philippine province of Nueva Ecija — the country’s rice granary. It was established in 2000 through a US$5 million grant from China, with the Philippine government providing an estimated US$2.9 million.

In 2018, China committed to extending a 27.52 million yuan (US$3.93 million) grant to PhilSCAT, according to the Philippine Department of Finance. This agreement was sealed through an exchange of letters on the sidelines of the annual Boao Forum for Asia in Hainan province.

Sicat said PhilSCAT has developed four varieties that have passed the Philippine rice cooperative tests and are ready for the market.

One of the best-known of these is Mestiso 38, which has the potential to produce 12 metric tons of rice per hectare — three times the Philippine national average.

Sicat said that in addition to developing its own varieties, PhilSCAT has identified parental varieties from China that are suitable for the Philippine soil.

In 2000, Chinese-Filipino businessman Henry Lim Bon Liong ventured into the hybrid rice business, and his SL Agritech Corp, or SLAC, is now among the leading developers of hybrid seeds in the Philippines. The company’s flagship product, SL-8H, can produce as much as 14 tons per hectare.

He added that farmers using SL-8H “are producing more per hectare, allowing them to reduce the cost and consequently increase their net profit”. 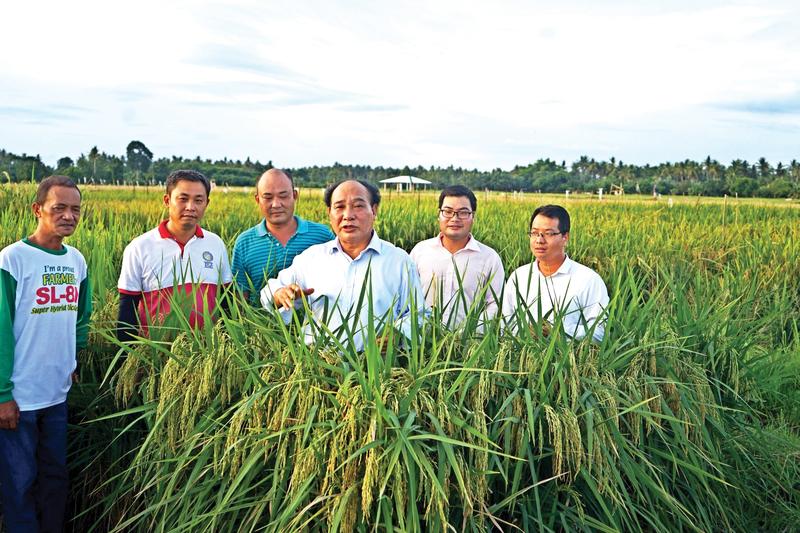 Ernesto Ordonez, chairman of the farmers’ coalition Alyansa Agrikultura, said the Philippines has learned a lot from China in terms of hybrid rice technology.

Ordonez, former undersecretary at the Philippine Department of Agriculture, said the country needs to devote more areas to hybrid seeds, as this will increase production and reduce the retail price of rice.

He said Manila only needs to invest 12,000 pesos (US$237) for every 2 hectares of land sown with hybrid seeds. This is cheaper than spending nearly 1 million pesos per hectare to build irrigation facilities.

He said China, which has helped develop hybrid rice technology in the Philippines, has managed to increase its own production thanks to high-yielding hybrid seeds.

Since the 1990s, the Philippine government’s flagship agricultural programs have promoted hybrid rice as a way to attain national self-sufficiency.

But such growth has since flattened out. The high cost of seeds and the fact that hybrids cannot be reused has dissuaded farmers from growing them.

Tanchuling said that despite the extension of seed subsidies, it is still more costly to use hybrid seeds compared with inbred varieties. Hybrid seeds can also only be grown in irrigated areas.

However, Sicat from PhilSCAT said it is still important for the Philippines to develop and propagate hybrid seeds to ensure food security.

He said this is why the center also trains farmers to produce their own hybrid seeds to use and sell to others to earn extra cash.

Ordonez, of Alyansa Agrikultura, said it may also be time to rethink the Philippines’ longstanding goal of becoming self-sufficient in rice.

“The focus should be on food security and not self-sufficiency in rice,” he said, adding that the Philippines has imported rice annually because local production cannot meet growing demand.

Ordonez said that while it is still important to invest in the country’s rice-farming sector, the bulk of the investments should go to the farmers and agricultural land best suited for rice farming. Other farmers can focus on more lucrative cash crops, he said.