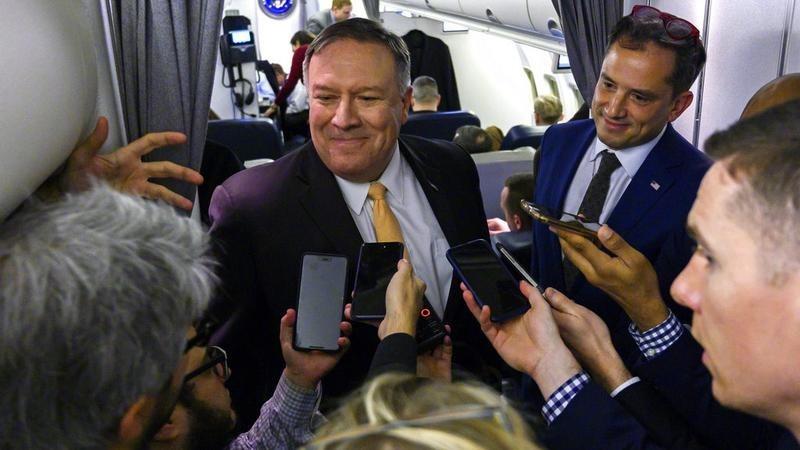 US Secretary of State Mike Pompeo talks to reporters on his plane on his way to the Middle East, Jan 7, 2019. (ANDREW CABALLERO-REYNOLDS / POOL VIA AP)

AMMAN, Jordan — The Trump administration is doubling down on commercial and diplomatic efforts in the coming weeks to "put real pressure on Iran," US Secretary of State Mike Pompeo said at the start of a Mideast tour Tuesday.

Iranian Foreign Minister Javad Zarif said on his official Twitter account on Tuesday that Pompeo and Bolton are "obsessed" with Iran and their behavior is "more and more like the behavior of persistently failing psychotic stalkers. In effect, US is substituting a real foreign policy with Iran-obsession and -phobia."

Pompeo is meeting with US allies in the region, including stops in Jordan, Egypt and several Gulf nations, to coordinate an anti-Iran campaign.

The trip comes amid confusion over conflicting statements by President Donald Trump and senior US officials about a planned US troop withdrawal from Syria. Trump made the surprise announcement about a withdrawal last month, saying some 2,000 troops fighting alongside Syrian Kurdish allies in northeastern Syria against Islamic State extremists would be pulled out soon. He did not give details, such as a timetable, leaving bewildered US partners in the region jockeying for influence over terms of a withdrawal.

Pompeo contended Tuesday that the planned withdrawal from Syria would not complicate the administration's anti-Iran campaign. He said US allies in the region, including Jordan, agree on what they view as the "enormous risk" Iran poses for the region.

"The president's decision to withdraw our folks from Syria in no way impacts our capacity to deliver on that," he said in a joint news conference with Jordanian Foreign Minister Ayman Safadi. "You will see in the coming days and weeks that we are doubling not only our diplomatic but our commercial efforts to put real pressure on Iran to achieve what it is we set out for them back in May."

Pompeo's visit began as US National Security Adviser John Bolton was set to depart Turkey without meeting with President Recep Tayyip Erdogan — an apparent snub over disagreements about the Kurdish fighters in Syria. 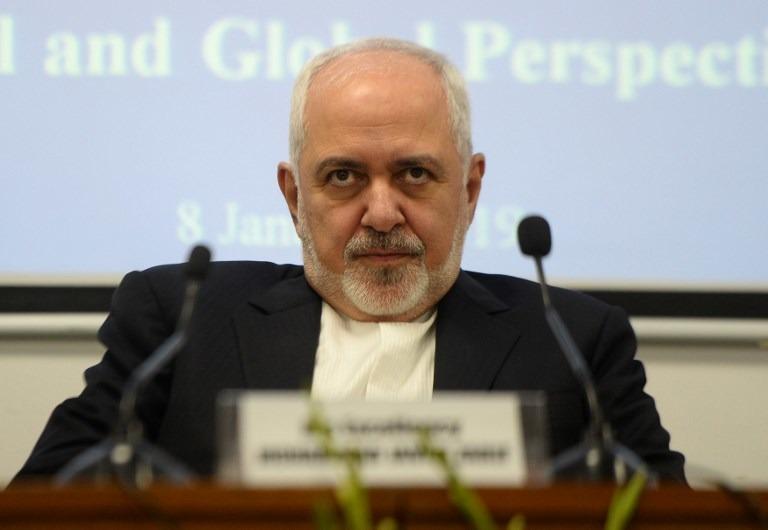 US officials had said the two were expected to have consultations on Tuesday about the fate of Kurds allied with the US in Syria as part of discussions about Trump's troop draw-down.

National Security Council spokesman Garrett Marquis said US officials were told Erdogan cited local election season and a speech to parliament for not meeting with Bolton.

The Trump administration in November restored US sanctions on Iran that had been lifted under the landmark 2015 nuclear deal with Western powers. The sanctions cover Iran's shipping, financial and energy sectors. They are the second batch the administration has re-imposed since Trump withdrew from the accord in May.

Later on Tuesday, Pompeo met with Jordan's King Abdullah II at the royal palace in the capital of Amman.

During a brief photo opportunity, Pompeo was chatting with the monarch, mentioning a speech by President Trump, to be delivered from the Oval Office later Tuesday.

"He is going to give a set of remarks," Pompeo said of the president. "First time he's spoken from the Oval Office in two years. It's gonna be about the border, mostly, our southern border. I saw an early version of it. He will make a lot of news."