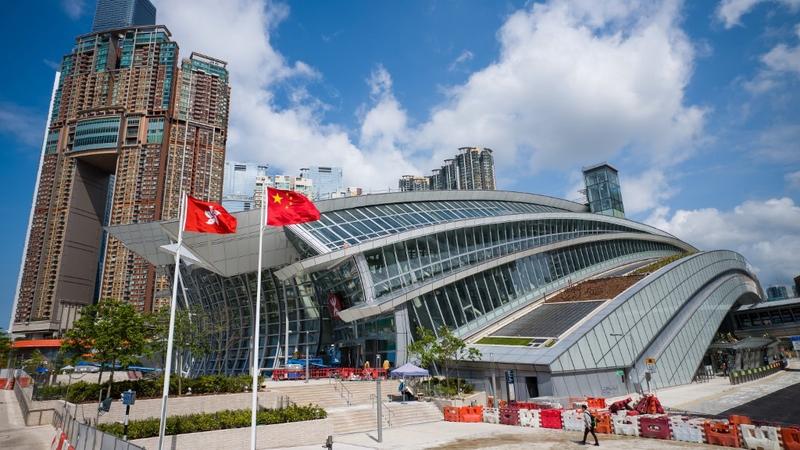 MTR, the operator of the 26-kilometer Hong Kong section of Guangzhou-Shenzhen-Hong Kong Express Rail Link, said the new railway services will take effect from July 10. They will include four new long-distance express train pairs heading to Chongqing, Nanning, Tianjin and Zhaoqing. This is in the place of four existing short-haul pairs.

The new services will increase the total number of daily long-haul routes to 17 from 13, and the number of destinations connected to the Hong Kong West Kowloon Station by the rail link without interchanges will rise from 44 to 58

The new services will increase the total number of daily long-haul routes to 17 from 13, and the number of destinations connected to the Hong Kong West Kowloon Station by the rail link without interchanges will rise from 44 to 58.

Jacob Kam Chak-pui, chief executive officer of MTR Corporation, said the enhanced services will offer more options for passengers - especially those who want to take north-bound express trains to enjoy their holidays; the newly added destinations are all popular among travelers.

More than 13 million passenger trips to and from Hong Kong have been made since the cross-boundary train services connecting Hong Kong to mainland’s national high-speed railway network opened on Sept 23 last year.

The operation of express rail services, as the data shows, comes with a drop in the number of passengers who take the MTR intercity through train, Hong Kong’s traditional direct train services to Beijing, Shanghai and several cities in Guangdong province.

Therefore, the schedule of intercity through train and stations to be reached will be adjusted next month. This will include a reduction of three pairs of round trips between Hung Hom Station and Guangzhou East Station.

The MTR said it also would provide more “evenly distributed” train trips on the East Rail Line - which shares the same track with the intercity through train.

The East Rail Line, servicing between Hung Hom station and Lau Ma Chau and Lo Wu stations bordering the city of Shenzhen, will take on additional train trips during morning peaks on weekdays. Therefore, the average waiting time for commuters is expected to be reduced by 4 percent to 10 percent.