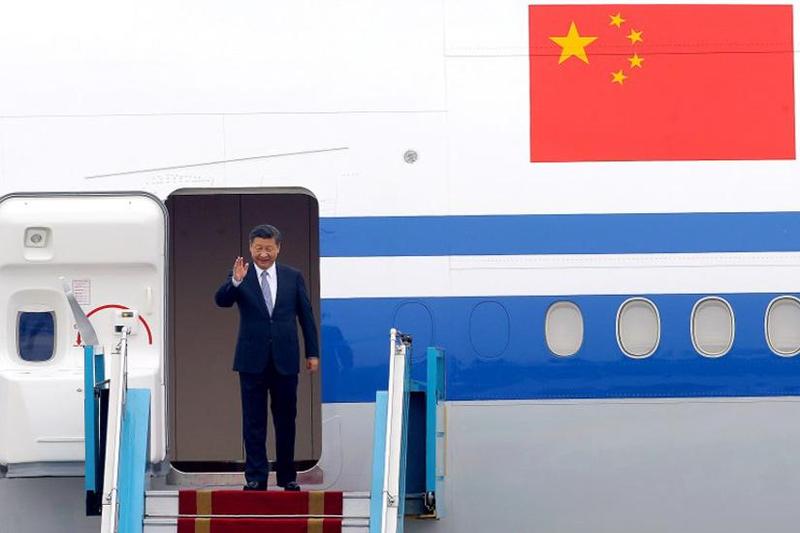 HANOI – Chinese President Xi Jinping, who is also general secretary of the Communist Party of China (CPC) Central Committee, arrived in the Vietnamese capital of Hanoi on Sunday for a state visit to the southeast Asian country.

It is Xi's second visit to Vietnam as China's head of state and top CPC leader.

During his stay in Hanoi, Xi will hold talks with General Secretary of the Central Committee of the Communist Party of Vietnam (CPV) Nguyen Phu Trong and meet with Vietnamese President Tran Dai Quang and the Chairperson of the National Assembly of Vietnam, Nguyen Thi Kim Ngan.

The visit, which comes on the heels of the 19th CPC National Congress, is also reciprocal for previous visits to China by Trong and Quang earlier this year.

In a signed article published by the Nhan Dan, the official newspaper of the CPV, on Nov 9, Xi said China and Vietnam need, more than ever, to work in joint efforts in their pursuit of dreams of national strength and prosperity.

The two countries have made tangible progress on the strategic alignment of their development initiatives – China's Belt and Road Initiative and Vietnam's "Two Corridors and One Economic Circle" plan. 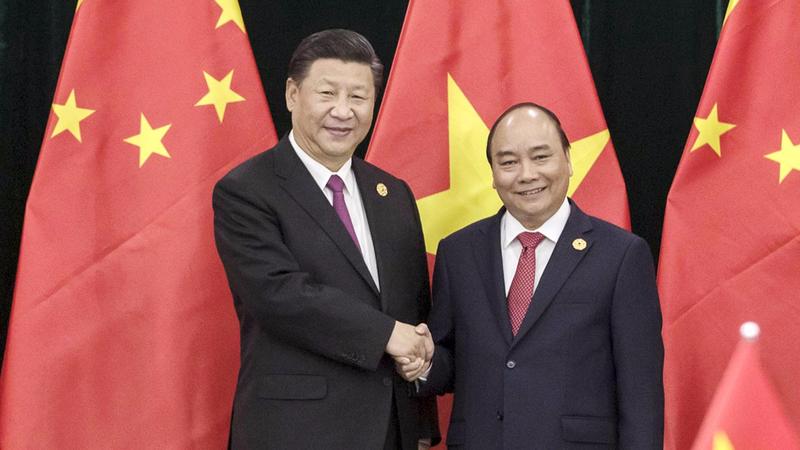 In 2016, bilateral trade volume reached US$98.23 billion. The figure is expected to reach US$100 billion by the end of this year, according to Hong.

China invested a total of US$823.6 million in Vietnam in the first quarter of 2017, becoming the third largest foreign direct investor of the country.

"It is of great significance for the leaders of the two countries to strengthen the top-level design and jointly work on the blueprint of the future development," the Chinese ambassador told Xinhua.

Vietnam is the first leg of Xi's two-nation Asia tour, which will also take him to Laos on Monday.