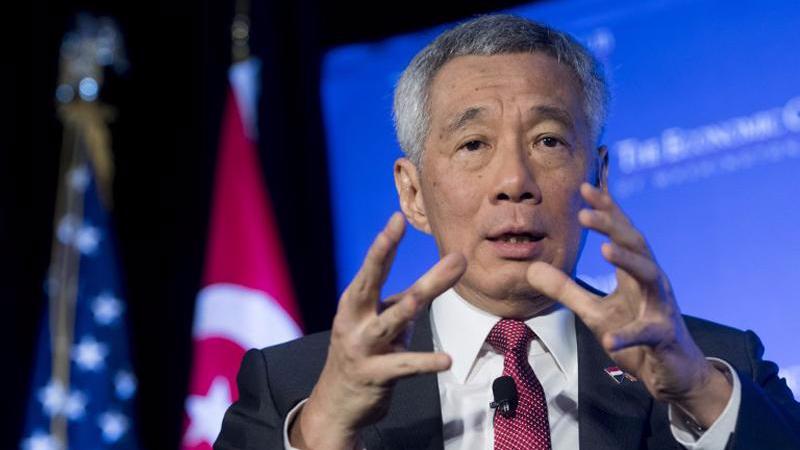 WASHINGTON -- As "the most important bilateral relationship in the world," good US-China ties will benefit the region and the world, said visiting Singapore Prime Minister Lee Hsien Loong on Monday.

Lee Hsien Loong also hoped that the US will be able to "maintain a stable and constructive relationship with China, engaging each other at the highest levels, building trust, establishing institutional mechanisms"

Lee made the remarks in joint statements with US President Donald Trump, who will kick off his first Asia trip next month since assuming the presidency.

Sound relations between the two big countries will "enable countries in the Asia Pacific, including America and China themselves, to enjoy regional stability, peace, and prosperity," Lee said.

Lee said he also hoped that the US will be able to "maintain a stable and constructive relationship with China, engaging each other at the highest levels, building trust, establishing institutional mechanisms."

In the statements, Lee also noted the mounting tensions on the Korean Peninsula. "There is no quick and easy solution," he said, adding that "pressure is necessary but so is dialogue."

Lee was on a six-day visit to the US starting from Saturday.

Earlier in the day, Trump and Lee witnessed the signing of an agreement between Singapore Airlines (SIA) and Boeing for SIA to purchase 39 Boeing aircraft worth US$13.8 billion.

The two leaders also held meetings to discuss further cooperation on economic, trade and defense issues, according to a statement released by the White House.

Trump's trip to Asia is slated for Nov 3 to 14, during which he will attend a meeting of leaders of the Asia-Pacific Economic Cooperation (APEC) economies in Vietnam. He will also join gatherings of the Association of Southeast Asian Nations (ASEAN) in the Philippines.