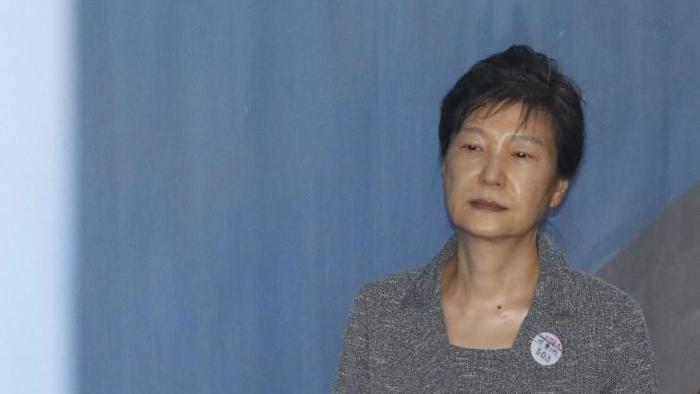 Hong Joon-pyo, the party head, held a press conference to officially announce the deprivation of her membership.

On Oct. 20, the party's ethics committee recommended Park to voluntarily leave the party for her responsibility for the influence-peddling scandal that led to her parliamentary impeachment in December last year and her eventual ouster from office in March this year.

Under the party's constitution, Park can be deprived of her membership 10 days after the recommendation.

Park stood trial over multiple charges, including abuse of power and bribery. Her impeachment led to the collapse of public support for the conservative bloc.

Hong said the Liberty Korea Party will thoroughly repent for the collapse of the rightist conservative bloc because of the Park Geun-hye government's incompetence and irresponsibility.

He said his party will reborn as a new conservative party being clean and competent and taking responsibility.

The deprivation decision was expected to cause a factional conflict within the party as pro-Park lawmakers claimed the decision invalid.