By Willa Wu and He Shusi 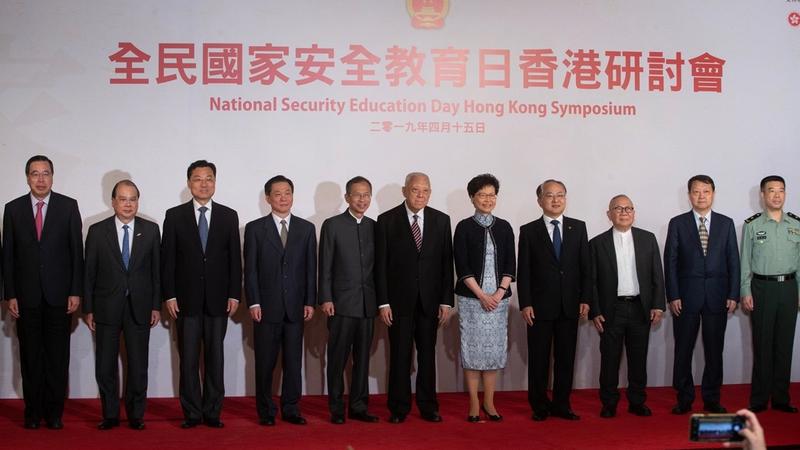 Wang Zhimin, director of the Liaison Office of the Central People's Government in the HKSAR, made the remarks at Hong Kong's second National Security Education Day Symposium.

He also shared his hopes for the city’s young people to play as a major force in safeguarding national security. 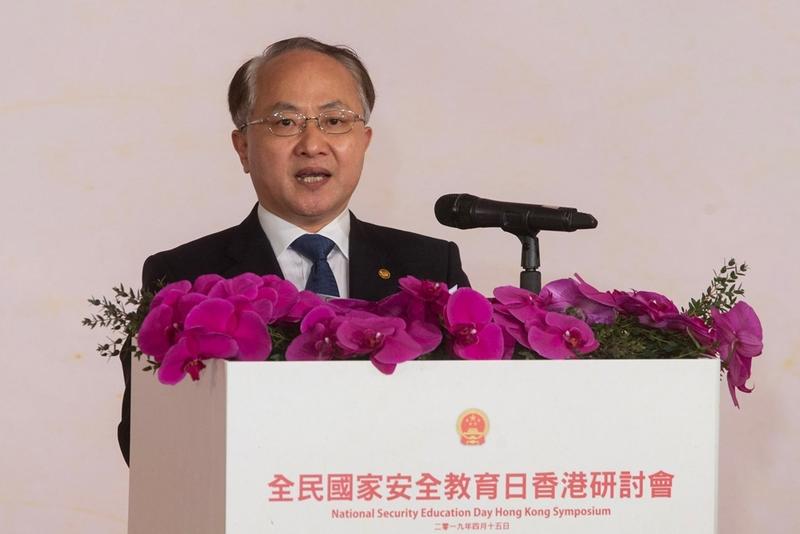 Wang Zhimin, Director of the Liaison Office of the Central People's Government in the HKSAR, delivers a speech at the symposium in Admiralty, Hong Kong, April 15, 2019. (ROU LIU / CHINA DAILY)

Lam stressed that safeguarding national security is in consistence with the benefits of the Hong Kong SAR, and is the SAR’s constitutional responsibility under the Basic Law.

Lam reiterated that every sector in the city should proactively safeguard national security in accordance with the characteristics of their professional fields. Lam mentioned a few sectors for example, including education, business, healthcare and science and technology. 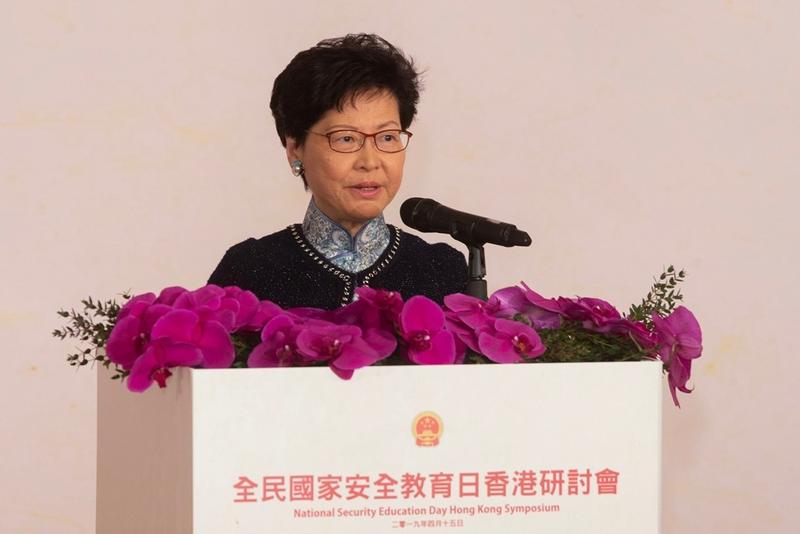 This is the second symposium held under the theme of the National Security Education Day in Hong Kong.

National Security Education Day has been held on April 15 each year since 2016 to promote public awareness of national security. The day was designated by the Standing Committee of the National People's Congress – the country's top legislature – after it passed the National Security Law on July 1, 2015.