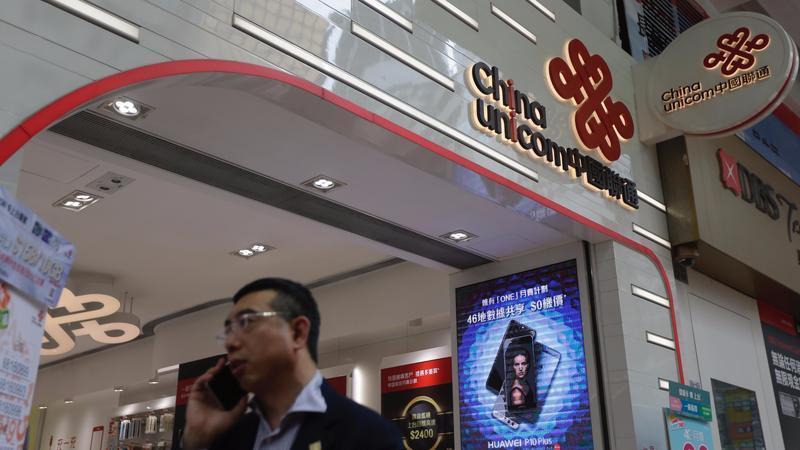 This photo shows a man speaking on his phone outside a China Unicom store on Aug. 16, 2017. (ROY LIU / CHINA DAILY)

The new subsidiary will make full use of the telecom carrier's advantage in cross-industry data collection and integration to offer a variety of services in information sharing, transactions, government management, risk control and travel.

China Unicom seeks new growth on big data as traditional business shrinks, and it welcomes external investment on board with mixed-ownership identity.

The state-owned telecom firm unveiled a plan to bring in private investors, including IT giants Alibaba and Tencent, to improve competitiveness more than a month earlier.

ALSO READ: Unicom to pump as much as US$11.3 billion into HK unit

An agreement was signed between China Unicom and China UnionPay Monday to jointly use data resources, further technological cooperation and strengthen product research and development.

In the face of challenges in the broadband market and shrinking revenue from fixed-line voice services, China Unicom is swiftly expanding its business territory, with more energy channeled into sectors such as cloud computing, Internet of Things and big data.

Its 4G services, which once lagged behind China Mobile, the country's largest telecom operator, have been given priority and have contributed to substantial increases in business.

China Unicom's net profits surged more than 70 percent in the first half of 2017, mainly due to the transformation in business patterns, according to its mid-year report.