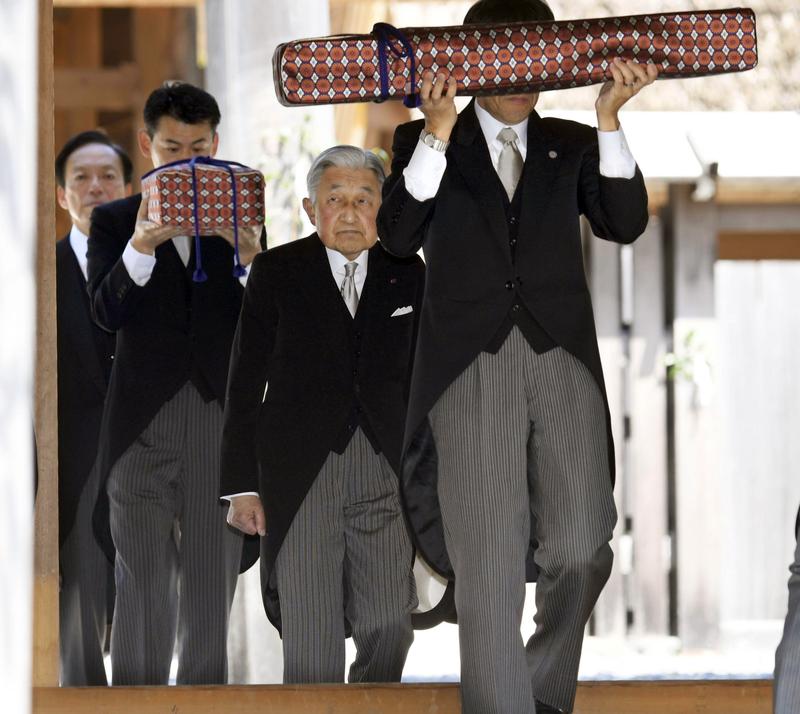 TOKYO — Emperor Akihito is praying at a Japanese shrine in a ritual to report his upcoming abdication to the Shinto gods.

Crown Prince Naruhito will succeed to the Chrysanthemum throne May 1

The 85-year-old emperor will retire on April 30 in the first abdication in 200 years and a rarity in Japan's ancient imperial history.

Crown Prince Naruhito will succeed to the Chrysanthemum throne May 1. 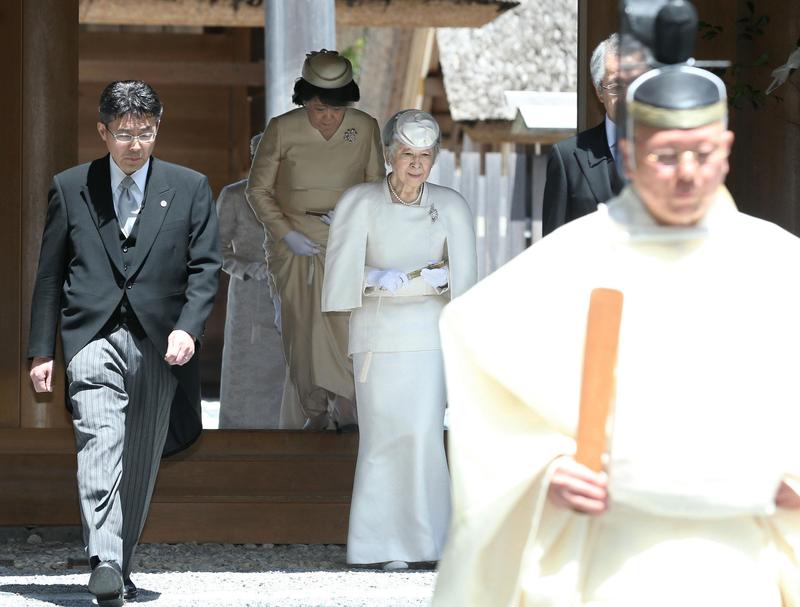 Akihito performed the "Shinetsu no Gi" ritual at Ise Shrine in western Japan on Thursday as part of the succession process.

Television footage showed Akihito in a tuxedo heading into the shrine, with palace officials holding up two imperial treasures — sword and jewel. The third, a mirror, is kept at the shrine. His daughter and head shrine priest, Sayako Kuroda, also attended.

The regalia, or three treasures, will be handed to Naruhito after his succession. 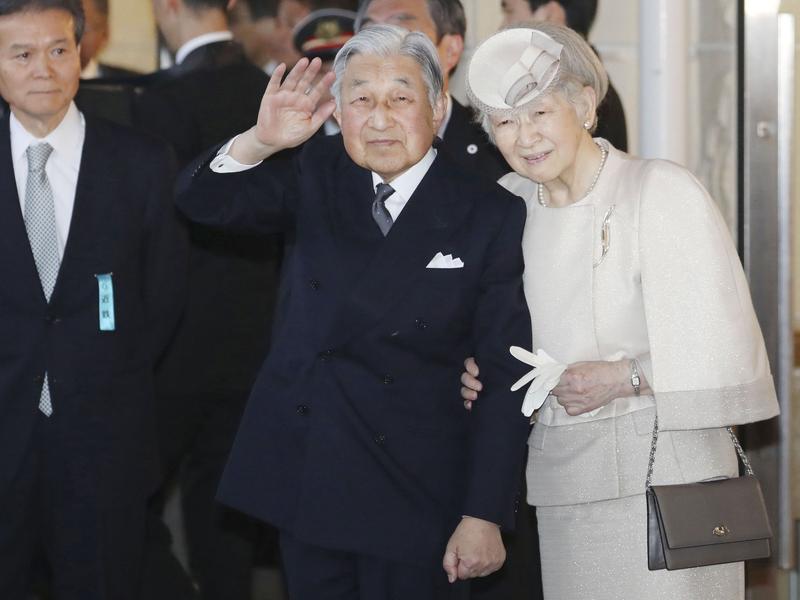