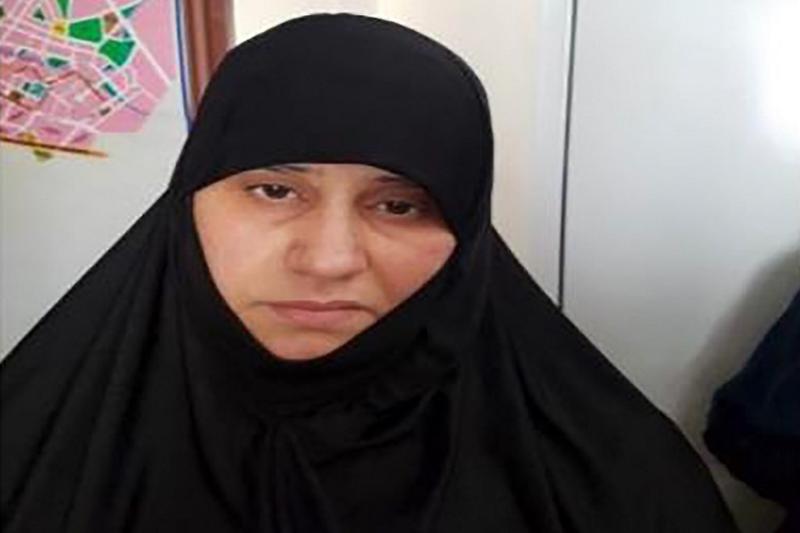 Erdogan made the announcement while delivering a speech in the capital of Ankara but gave no other details. He did not say when or how the woman was captured or identify her by name.

A senior Turkish official, however, said the woman was among a group of 11 Islamic State suspects detained in a police operation in Turkey's Hatay province, near the border with Syria, on June 2, 2018.

The detainees were being held at a deportation center in Turkey, the official said. He provided the information on condition of anonymity in line with government protocol.

According to the official, al-Baghdadi's wife "volunteered a lot of information about al-Baghdadi and inner workings" of the IS. The information APobtained led to a series of arrests elsewhere, he said.

Al-Baghdadi was known to have four wives, the maximum number he can have at one time under Islamic law.

"We caught his wife, but we didn't make a fuss about it. I am announcing this today for the first time," Erdogan said, while criticizing the United States for leading a "communications campaign" about al-Baghdadi's slaying.

The IS leader blew himself up during an Oct 26 raid by US special forces on his heavily fortified safe house in the Syrian province of Idlib.

On Thursday, Erdogan said members of al-Baghdadi's "inner circle" are trying to enter Turkey from Syria.

Erdogan also said the number of people with family ties to al-Baghdadi who've been caught by Turkey "is close to reaching double digits."

Turkey has seized on the detentions to highlight what it says is its fight against the IS group, in the face of accusations that the Turkish military offensive last month to drive Syrian Kurdish fighters from northeast Syria would allow for a resurgence of the militant Islamic group.

Azaz is part of a region administered by Turkey following previous military incursions to chase away IS militants and Kurdish fighters, starting in 2016. Allied Syrian groups manage the area known as the Euphrates Shield zone.

Awad was with her husband, daughter-in-law and five children when she was detained. A Turkish official said the 65-year-old sister is suspected of being affiliated with the extremist group and called her capture an intelligence "gold mine." Authorities had posted a picture of the sister.

One of al-Baghdadi's wives is an Iraqi known by the name of Nour, the daughter of one of his aides, Abu Abdullah al-Zubaie. She was identified by name by al-Baghdadi's brother-in-law in a recent interview with al-Arabiya TV. The brother-in-law, Mohamad Ali Sajit, who is in Iraqi custody, said al-Baghdadi had four wives when he last met him, sometime last summer.

Also, one of al-Baghdadi's ex-wives was arrested in Lebanon in 2014, and was freed a year later in a prisoner swap with al-Qaida. The Iraqi ex-wife, Saja al-Dulaimi, had fled from al-Baghdadi in 2009 while pregnant with his daughter. Al-Baghdadi was also believed to have married to a German teenager in 2015, but she was reported to have fled a year later.

The raid that killed al-Baghdadi was a major blow to his extremist group, which has lost territories it held in Syria and Iraq in a series of military defeats by the US-led coalition and Syrian and Iraqi allies.

Al-Baghdadi's aide, a Saudi, was killed hours after the raid, also in northwestern Syria, in a US strike. The group named a successor to al-Baghdadi days later, but little is known about him or how the group's structure has been affected by the successive blows.

Until his death, al-Baghdadi had moved from place to place in eastern Syria amid a tightening US-led campaign against his group as IS-held territory fell bit by bit. He ended up in Idlib, in northwestern Syria, an area controlled by a rival, al-Qaida-linked militant group. It was not clear if any of his wives were with him at the time of the raid, during which two of his children were killed.

In its first video release after the killing of al-Baghdadi, IS media listed a series of its operations against Iranian-backed militias in northern Baghdad in Iraq.

The 18-minute video recorded operations against soldiers and officers of Iraqi militias and police, including shootings at close range and beheadings. A masked man holding a head of a policeman and waving a knife said: "This is the fate of every apostate." A speaker also said addressing the IS leader, without naming him: "Rest assured sheikh, you have soldiers in north Baghdad."

Since the declaration of the new leader, the IS arm has been posting pledges of allegiance from affiliates of the extremist group, offering support for the successor of al-Baghdadi.