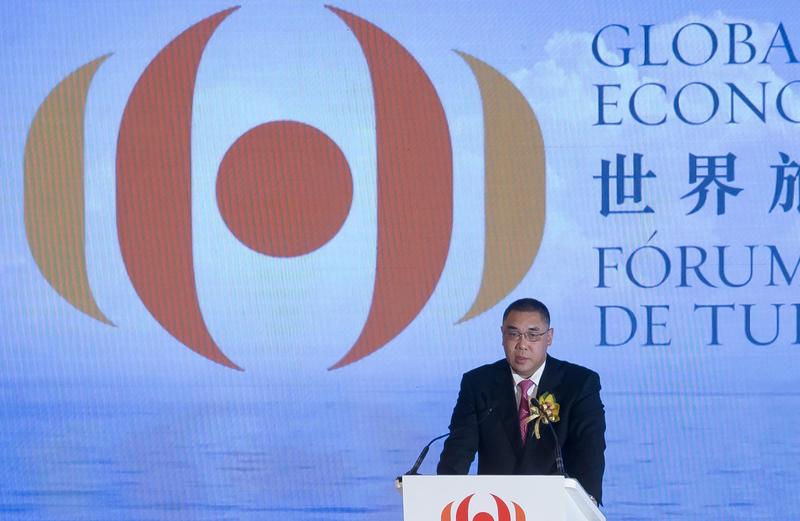 HONG KONG - Macao is coordinating with the central government by tapping into its own strengths to help take the nation’s reform and opening-up to a higher level, Macao Chief Executive Fernando Chui Sai-on said in Beijing on Monday at the end of his two-day visit to the capital.

Chui had been leading a 50-strong delegation from the Macao Special Administrative Region to the mainland to join in celebrations marking the 40th anniversary of the launch of the nation’s reform and opening-up.

He said Macao could be a platform for the mainland by leveraging its strengths in areas like comprehensive tourism, as well as the city’s close relations with Portuguese-speaking countries.

Complementary development can be achieved between Macao and other mainland provinces to create a win-win situation and create new dynamics for future reform and opening-up, said Chui.

He quoted President Xi Jinping as saying that Macao’s role and status would only be widened and uplifted, instead of weakened, in the nation’s further opening-up.

With the central government’s strong support, Chui said, Macao has been shaping itself into a global hub for tourism and recreation, and as a platform for China and Portuguese-speaking countries in business and trade cooperation.

Moreover, Macao has been actively participating in the Belt and Road Initiative and the Guangdong-Hong Kong-Macao Greater Bay Area development plan.

The SAR has been working with the National Development and Reform Commission on its future role in the BRI, and agreements are expected to be signed in the near future, according to Chui.

During the visit, Chui met central government leaders and attended a seminar co-organized by the NDRC and the State Council’s Hong Kong and Macao Affairs Office.

Speaking at the seminar, Chui called Macao a “witness, participant and beneficiary” during the past four decades, saying the city is ready to grasp the opportunities arising from the Bay Area development.

The relationship between Macao and the mainland, he added, has advanced to an unprecedented stage, and Macao will continue to contribute to the reform and opening-up by maximizing its strengths and potentials.