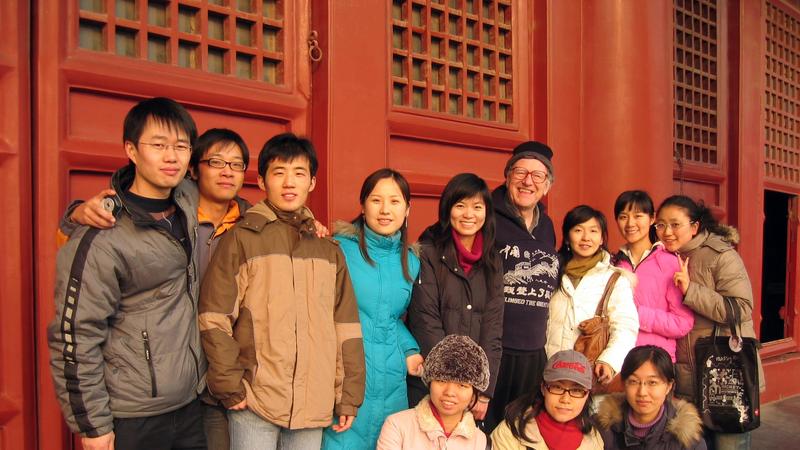 Colin Mackerras poses for a picture with his students at the Beijing Foreign Studies University in Beijing. (PHOTO PROVIDED TO CHINA DAILY)

Sinologist Colin Mackerras said his children think he and his wife Alyce, were "incredibly brave" to be the first Australians to work and live in China in 1964, before the two countries had diplomatic relations.

They even had a baby in the country, the first Australian born in the People's Republic.

Mackerras was pursuing a master's degree at Cambridge University in the United Kingdom in the 1960s when he learned that foreign-language teachers were needed in China. He decided to give it a try despite the different geopolitical conditions back then.

A fluent speaker of Mandarin, Mackerras said he has been to China about 70 times and taught over 500 Chinese students.

"China has witnessed tremendous changes over the decades," he said. "When I first came to Beijing, few people could speak English and foreigners were also rare at that time.

"Thanks to the country's reform and opening-up policy, now even taxi drivers can communicate with foreigners with some simple sentences in English."

As a fan of traditional Chinese arts especially opera, Mackerras is also impressed by the diversity of art forms that have blossomed in China.

"Different from the 1960s, when most art forms available to the public were those traditional ones, such as Peking Opera and Kunqu Opera, now lots of modern elements have been introduced into the traditional art forms, from the costumes to the performing style," he said.

Mackerras said it has also been encouraging to see overseas art forms, such as Western opera, ballet, musical, modern dance and orchestral music find a growing number of Chinese fans.

Once again teaching in Beijing, he visits the National Center for the Performing Arts nearly every week.

"The center is always well attended," he said. "Thanks to the country's reform and opening-up, we can see more and more connections and shared interests between China and the world."

Over the decades, Mackerras has visited all the country's provinces, municipalities and autonomous regions. He said the improvement in infrastructure, especially the railway system, is one of China's most outstanding achievements.

"Not only metropolises, but those second-and third-tier cities are connected by high-speed trains," he said. "Within 18 hours, you can travel from the very north to the south. And the train is running superfast, almost without noise inside. Such a high-standard railway network is amazing."

Mackerras said the rapid development of China had triggered worries in many countries about potential "threats" from a rising power in the international community.

He said that "as a foreigner who has spent nearly half of my life in China", he thought such perceptions resulted from bias.

"Some slanders we've heard are not what China really is," Mackerras said. "Taking the Belt and Road Initiative as an example. If we review the history, those 'explorations' conducted by Western people, including Cristopher Columbus, Ferdinand Magellan and Vasco da Gama, were all followed by invasion, without exception."

However, he said, China's overseas voyages, from monk Jianzhen's journey to Japan and diplomatic envoy Zheng He's voyages to the South China Sea, the Indian Ocean and beyond in ancient times, to today's Belt and Road Initiative, have not been accompanied by invasion, but instead have been about trying to build closer ties with the rest of the world for joint development.

"President Xi Jinping emphasized the importance of building a community of shared future for mankind and a win-win situation," he said. "He never mentioned 'China first' as the country's overseas strategy. I believe that is China's real attitude as a rising power."

The academic papers and dozens of books about China that Mackerras has written over the years and his teaching of English in Chinese colleges have made him a bridge that has contributed to the China-Australia friendship.

"Education plays a crucial role, not only for a country's future development but also for cross-border communication and a better understanding between different cultures," he said. "It is one of a country's most important investments."

Over the decades, he has advocated exchange programs for teachers and students between China and Australia.

"In future, global communities will be connected more closely," Mackerras said. "Only through learning from others can you think from the angle of the outside world and know the thinking of others, which is extremely valuable to both individuals and a country." 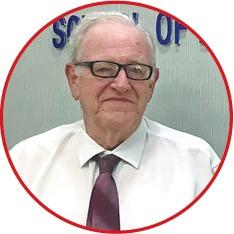 1974-2004: Foundation professor in the Department of International Business and Asian Studies, Griffith University

1988-96: Co-director of the Key Centre for Asian Languages and Studies, Griffith University and University of Queensland

1996-2000: Head of the School of Modern Asian Studies, later Asian and International Studies

2004-13: Adjunct professor in the Department of International Business and Asian Studies, Griffith University

1981: Gold Citation for the Media Peace Prize, awarded by the United Nations Association of Australia

2007: Officer of the Order of Australia