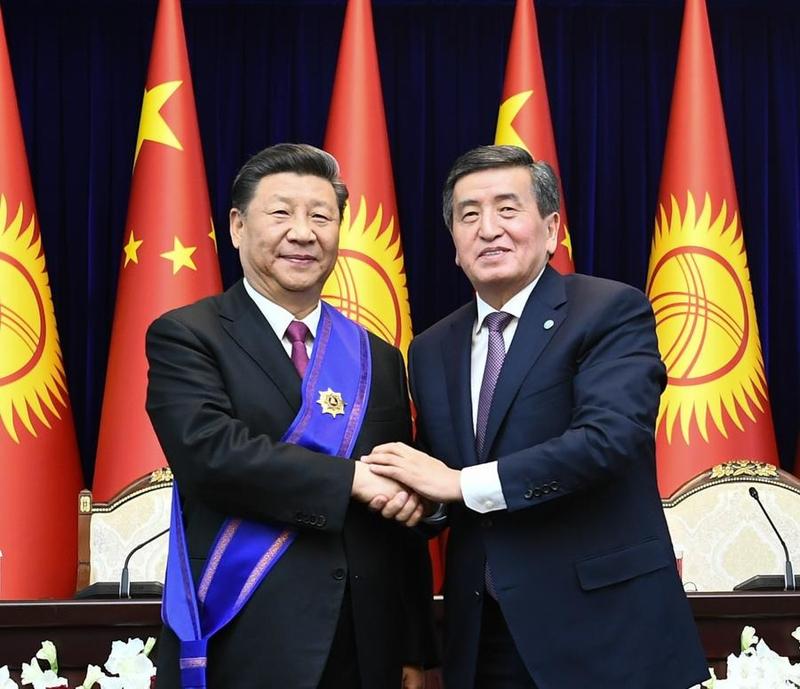 Speaking at a ceremony held in the state guest house in Bishkek, Jeenbekov said he appreciates Xi's special contributions to the development of the Kyrgyzstan-China comprehensive strategic partnership.

He said his country will never forget China's long-running support and assistance, and believes that Xi's visit this time will open up a new chapter of bilateral ties between the two countries.

In response, Xi said the medal has fully demonstrated the Kyrgyz people's profound friendship towards the Chinese people, adding that he values it very much.

Xi said he is ready to join hands with Jeenbekov to deepen the traditional friendship of the two countries, and to push forward the bilateral comprehensive strategic partnership for new achievements, so as to better benefit the two peoples.

The Chinese president arrived in Kyrgyzstan Wednesday for a state visit and the 19th Shanghai Cooperation Organization summit.