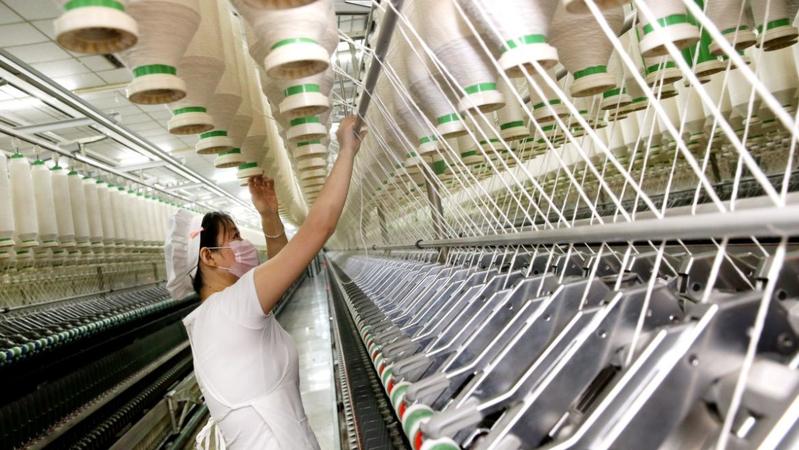 In this undated photo, a worker from Henan province at the Huaxi Textile Factory is one of 25,000 migrants employed in the village. (PHOTO BY XU CONGJUN / FOR CHINA DAILY)

The sector's operational revenue and profit expanded 6.2 percent and 5.5 percent respectively, according to the China National Light Industry Council (CNLIC).

However, the data also show that the main economic indicators of the light industry are still lower than the national average, indicating the growing downward pressure on the industry due to rising costs and sliding profitability.

The CNLIC plans to adopt higher industry standards in 2019 to further line up with international standards.

Another 15 light industry clusters will be developed while three green and smart ones will be nurtured, according to the CNLIC.