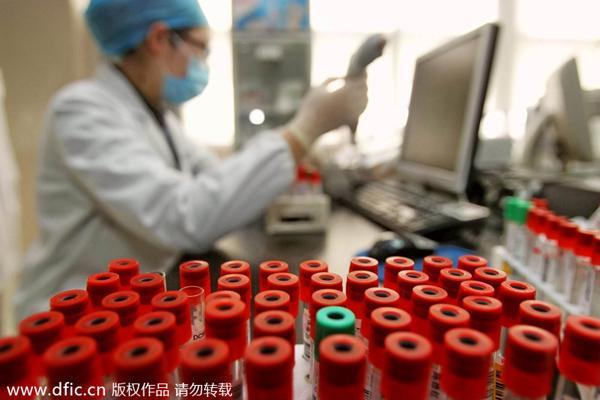 A health worker puts HIV test information to a computer at a hospital in Nantong, East China's Jiangsu province on Nov 29, 2012. (Photo/IC)

The prevalence of HIV/AIDS in China remains low, but certain groups, such as elderly men, are at increasing risk of infection, according to the Chinese Center for Disease Control and Prevention.

The country reported 68,000 HIV/AIDS cases this year, as of the end of June, an increase of 8.5 over the same period in 2016, Gao Fu, the center's director, said on Monday at the International Symposium on HIV Prevention and Control in China, organized by the National Health and Family Planning Commission.

Sex remains the primary mode of HIV transmission in China, with homosexual contact taking an increasing share of newly reported infections, he said. About 12 percent of infections were the result of homosexual contact in 2010, but the figure rose to 25.6 between January and June this year, Gao said.

Elderly men have also become more vulnerable. Last year, the number of reported HIV/AIDS cases among males age 60 or above more than tripled to 16,505 from the 4,751 reported in 2010, he said. Part of the reason for the sharp spike is that authorities had seen numbers in the older age group rising, so more HIV testing was conducted, Gao said. 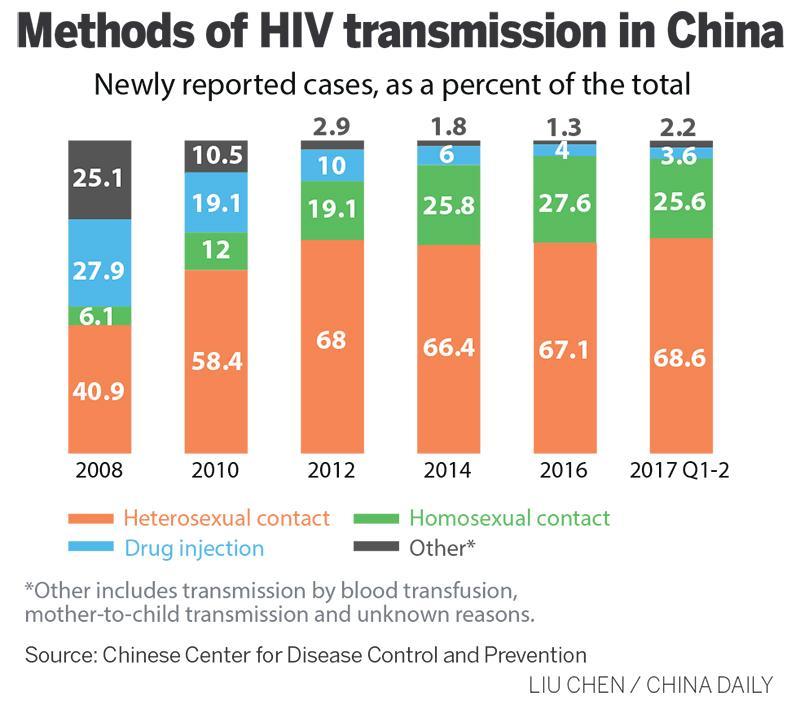 "Nowadays more elderly people have free time for entertainment, such as square dancing, which gives them more opportunities to find partners," he said. "Although they are 60 or older, they can still be sexually active; and some may have been infected by prostitutes."

Wu Zunyou, chief epidemiological expert at the CDC, said the increasing number of elderly males infected with HIV is linked with less restricted living conditions, and a major effort should be undertaken to fight prostitution aimed at elderly men.

China faces various challenges in tackling HIV/AIDS, such as the increasing number of users of new drugs, and the fact that about one-third of those infected are either not identified or do not know they are infected, Gao said.

According to a five-year plan released by the State Council in February, authorities should intensify education and promote awareness among key groups vulnerable to HIV, such as migrant workers, students and the elderly.

Health and cultural authorities should take more steps to promote a range of constructive entertainment activities for the elderly, the plan said.