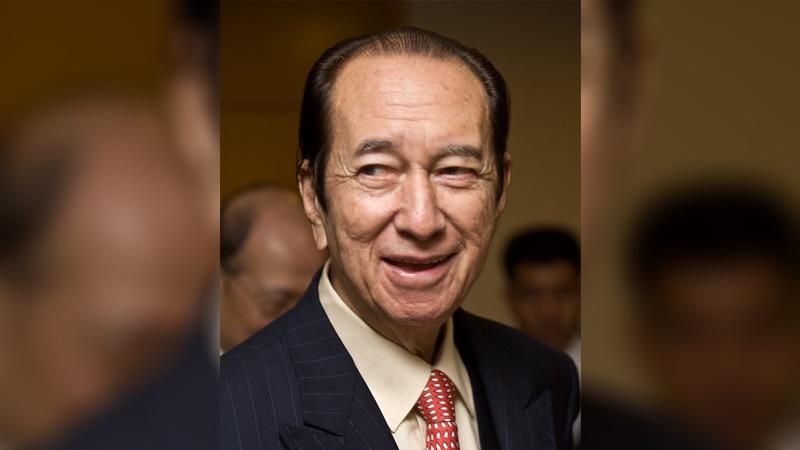 Casino tycoon Stanley Ho is seen during the listing ceremony of Sociedade de Jogos de Macao Holdings (SJM) in Hong Kong on July 16, 2008. Stanley Ho became the latest Hong Kong billionaire to step away from the empire he built, passing along the top roles at casino operator SJM Holdings Ltd. to his heirs. (ANDREW ROSS / AFP)

Stanley Ho became the latest Hong Kong billionaire to step away from the empire he built, passing along the top roles at casino operator SJM Holdings Ltd. to his heirs. Analysts will be watching to see how smooth the transition will be.

According to a statement

The 96-year-old Macao casino tycoon will retire as chairman and executive director of SJM after a June 12 shareholders meeting, according to a statement Thursday to Hong Kong stock exchange. He will become chairman emeritus. Daisy Ho, his 53-year-old daughter, will take on his roles. Angela Leong, 57, Ho’s wife and SJM’s second-largest shareholder, will act as co-chair with another executive director.

SJM’s shares jumped as much as 11 percent, the most in three years, in early trading in Hong Kong on Friday amid a rally in casino stocks. Investors have been eager for the company to simplify its convoluted management structure, though the succession plan still leaves the casino operator with a chairman and two co-chairs.

“While Ho hasn’t been involved in the operations for many years, we can’t help but think that the proposed board structure is a bit messy,” said JPMorgan Chase & Co. analyst DS Kim in a note. “This complicated structure, in our view, leaves room for a potential power tussle within the board, given the lack of clear control.”

Kim is looking for a clearer plan, such as a single chairperson, to fine-tune SJM’s corporate structure before the opening of the operator’s first property in Macao’s key Cotai district next year.

Daisy Ho joined SJM as executive director in June last year. Leong, who successfully fended off a messy family dispute in 2011 that was mounted by family members, has been managing the casino operator for years. Stanley Ho’s son Lawrence is chief executive officer of casino operator Melco Resorts & Entertainment Ltd.

Stanley Ho built his casino business with the help of a growing numbers of gamblers who emerged from China’s economic expansion, turning Macao into the world’s biggest gambling hub. But SJM has lost ground to peers, with Las Vegas Sands Corp.’s Macao unit and Galaxy Entertainment Group Ltd. surpassing SJM’s gaming revenue as they provided more entertainment offerings to leisure gamblers and tourists.