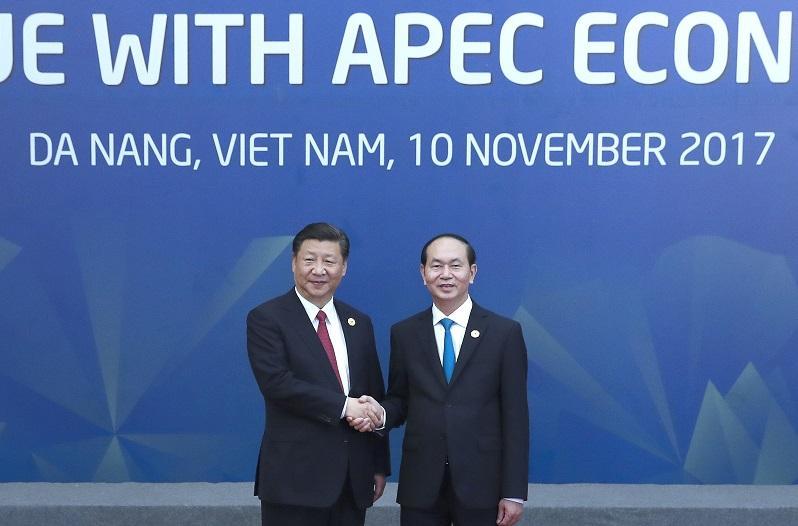 BEIJING - China and Vietnam, two neighbors who share a long tradition of friendship, should strive to further enhance win-win cooperation and herald a new chapter for bilateral ties.

Chinese President Xi Jinping is attending the 25th Asia-Pacific Economic Cooperation (APEC) Economic Leaders' Meeting in Vietnam's central port city of Da Nang. After the two-day meeting which started on Friday, Xi is scheduled to pay a state visit to the country.

In the first quarter of 2017, Chinese investment in Vietnam has reached US$823.6 million, becoming the third largest foreign direct investor of the country

The visit, which comes on the heels of the 19th National Congress of the Communist Party of China (CPC), will surely strengthen the comprehensive strategic cooperative partnership between the two countries.

Currently, China and Vietnam are both following a path of reform and development.

While China is heading towards its ambitious goals of building a moderately prosperous society in all respects by 2020 and building a great modern socialist country that is prosperous, strong and democratic, Vietnam is aiming to build a strong, democratic and civilized modern industrialized nation.

The two countries therefore need to work together to deepen cooperation and manage differences to create the right conditions for their mutual development.

Reviewing the gains in China-Vietnam ties, one important indicator worth noticing is how bilateral trade has been on the rise. The total trade value between the two countries is expected to reach US$100 billion by the year's end.

In fact, China and Vietnam are natural partners with complementary economies. To illustrate, Vietnam is in great need of infrastructure development, while China have abundant resources in infrastructure construction, including capital, technology, personnel and experience to share.

Since 2015, the two countries have made tangible progress on the strategic alignment of their development initiatives - China's Belt and Road Initiative and Vietnam's "Two Corridors and One Economic Circle" plan.

Major achievements have been in transportation, electricity, manufacturing and construction of industrial parks between the two.

Looking ahead, China and Vietnam could take advantage of the two initiatives and unleash potential for greater cooperation in infrastructure, trade and production capacity.

Doing so will bring real benefits to the two peoples and help maintain economic growth momentum in the Asia-Pacific region and the global economy.