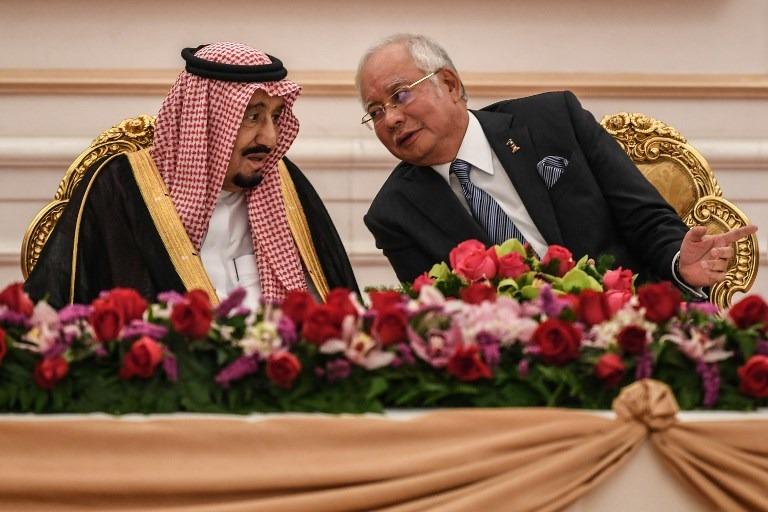 KUALA LUMPUR, Malaysia — Malaysia's new government has shut down a Saudi-backed anti-terrorism center, just over a year after it was launched by the kingdom's ruling monarch during a visit here last year.

Defense Minister Mohamad Sabu said in a written reply to a question in parliament on Monday that the King Salman Center for International Peace will cease operation immediately and that its function will be absorbed by the Malaysian Institute of Defense and Security.

He didn't give a reason for the closure.

There have been concerns in recent years that under Najib, Saudi Arabia's ultraconservative interpretation of Islam has gained an expanded foothold in Malaysia

The center, which aims to draw Islamic scholars to combat extremist views and promote tolerance, was announced in March last year during King Salman's visit to Malaysia under former Malaysian leader Najib Razak. It has a temporary office in Kuala Lumpur while awaiting the construction of a permanent building in Malaysia's administrative capital of Putrajaya.

Opposition lawmaker Hishammuddin Hussein, who was formerly defense minister, said Tuesday that the move to close the center was a loss to the nation amid growing terrorism in the Muslim world. He said the center was aimed at putting predominantly Muslim Malaysia at the forefront of the fight against violent extremism and ideologies together with Saudi Arabia.

There have been concerns in recent years that under Najib, Saudi Arabia's ultraconservative interpretation of Islam has gained an expanded foothold in Malaysia. The kingdom has built mosques and schools across the region and offers scholarships to Malaysians and other Southeast Asian Muslims who want to study in Saudi Arabia.