UN says US strikes cause civilian casualties in Afghanistan 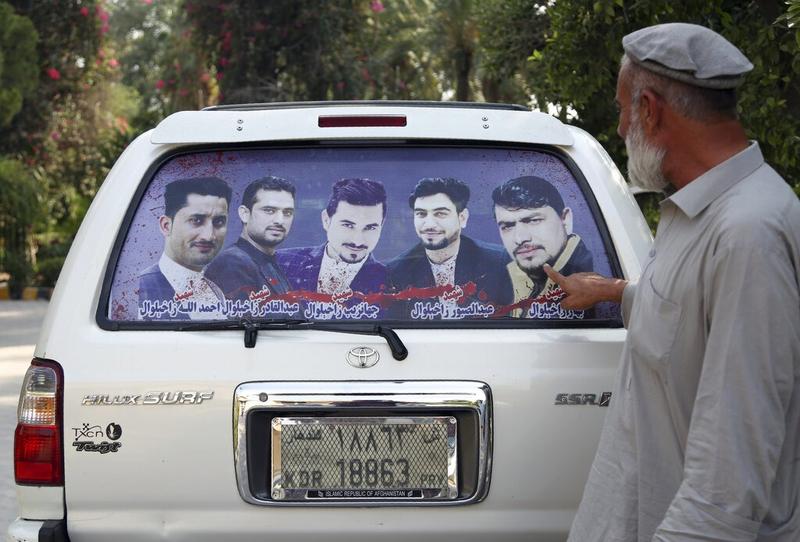 In this Oct 1, 2019 photo, Mohammad Yaqoob Malikzada shows pictures of four brothers in the back of his car, who were killed during a raid by the Afghan soldiers trained by CIA only known as Unit 02 after an interview to the Associated Press in Jalalabad city east of Kabul, Afghanistan. (RAHMAT GUL / AP)

The report was released on Wednesday in both Kabul and Geneva.

It says the UN verified 39 civilian casualties, among them 14 children and a woman, from multiple airstrikes on more than 60 sites the US and Afghan forces identified as drug-production facilities in Bakwa district in western Farah province and in neighboring Delaram district in Nimroz province.

The US military disputes the UN findings, criticizing the report's verification methods and denying there were civilians among the dead.

But the UN says it visited the site with Afghanistan's Human Rights Commission. It says it is also looking at another possible 37 civilian casualties.