Investing in family planning is a smart thing to do 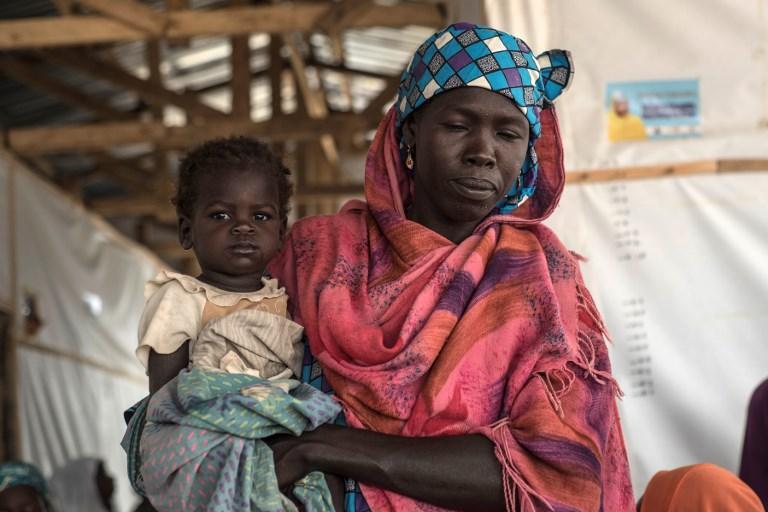 LONDON- At the global family planning summit in London on Tuesday, world leaders conceded they were still way off the target of helping one million women from the world’s poorest recesses make the most important decisions of their lives and about their bodies — to decide when to have babies and how many.

“We purposely set our goal high ... and were able to put ambitions into action,” said Melinda Gates, co-chair of the Bill & Melinda Gates Foundation. Speaking at the opening plenary of the summit, Gates said data was not as good five years ago as now. With that tool, it gives a better insight into how to serve the “next 120 million women, and the next 100 million after that”.

Although all targets have not been met, Gates said, “tens of millions of families are earning more, eating more and living better lives”.

She further said it was paramount that family planning reaches the “last mile” to women and girls no matter where they live.

Coinciding with the World Population Day, government officials, advocates and donors had gathered again to see why progress on family planning has not been significant.

From Pakistan, the delegation was tiny and belied the political commitments it made five years ago. The four chief ministers who have pledged to personally monitor their Family Planning 2020 goals (this was established after the FP Summit in 2012 to work with governments) were conspicuous by their absence.

“But it’s not just an issue of women’s health or their well-being or reducing poverty,” said Dr Sania Nishtar, who heads Heartfile, a health policy think-tank based in Islamabad. “It is necessary for national progress and development and for the security of our nation.”

“The country is literally bursting at the seams; we are facing the crunch as we speak! Our hospitals, schools, roads, cities are all crumbling under this pressure. There are serious implications for food, energy and water security,” she told Dawn.

So the day before the summit, when Andrew Mitchell, a UK MP, reminded the participants at a side event: “What needs to be asked tomorrow is if whether everyone has stuck to the commitments they made back in 2012” — he may well have been referring to Pakistan.”

Five years ago Pakistan had pledged to increase the use of contraception by 50 per cent by 2020 and provide universal coverage of reproductive health services, thereby meeting the Sustainable Development Target of 3.7 by 2030; it would train 33 per cent of all lady health volunteers (LHVs), community midwives and lady health workers (LHWs) to provide a wider range of contraceptive products; involve and engage with men; provide sexuality education to adolescents and information on family planning services to nearly 100,000 married adolescent girls aged 15 to 19.

But little progress has been made.

“We have made some progress, but not everything has been accomplished,” said Aisha Ghaus Pasha, the finance minister of Punjab. Speaking to Dawn on the sidelines of the summit, she said: “There is little time to lose and it is absolutely essential that we reduce our fertility rates.”

However, the good news, she added, was that a definite “political will” had been translated into budgetary allocations made by provincial governments.

In Punjab, she observed, the government had set up a Population Innovative Fund of $4.3 million.

Dr Tauseef Ahmed, a technical adviser in Pakistan for Pathfinder, said it was not fair to expect miracles. “The performance of provincial population welfare department should not be expected to show any significant progress.”

Dr Ahmed said since 2015, there had been some improvement, particularly in Sindh. While all the provinces now have their own population policy, Sindh is the only one that has come up with an approved operational tool to breathe life into the policy.

Termed Costed Implementation Plan (CIP), it is worth Rs141bn for five years.

The 2012 event had led to a financial and political commitment amounting to $2.6 billion, leading to the creation of Family Planning 2020.

According to data released last week by the Guttmacher Institute, 214 million women and girls in developing countries want to either delay or avoid pregnancy, but have been unable to use a contraceptive method.

The summit, co-hosted by Bill & Melinda Gates Foundation, the United Nations Population Fund and the UK government, comes amid severe funding cuts from its biggest donor -- the United States.

“This is a difficult political climate for family planning,” said Gates, adding that she was “deeply troubled” by the US stance.

Earlier this year, the US government reinstated the global gag rule and cut $32.5 million in funding to the UNFPA. The US is the largest donor for family planning, giving more than $600m this year alone.

Also known as the Mexico City Policy, it prevents organisations that are funded by the US government from using that money to promote and perform abortions.

“But this should be seen as an opportunity for other groups to step up and fill the gap,” said Lois Quam, heading the Pathfinder International. He was, like Gates, “tremendously saddened” by President Trump’s decision.