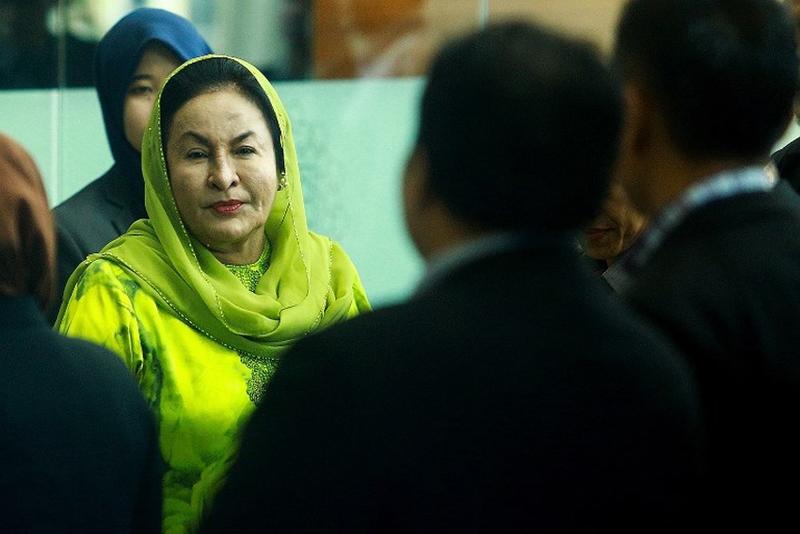 Rosmah, 66, the wife of former prime minister Najib Razak, was detained after being questioned by the anti-graft agency, according to her lawyer, K Kumaraendran.

The couple's world has been turned upside down since Najib lost the May election to his one-time mentor Mahathir Mohamad, who swiftly reopened a probe into 1MDB

She will be charged on Thursday, a source with direct knowledge of the matter said.

The arrest came on Wednesday when the Malaysian authorities once again called in Najib and his wife for questioning in an investigation into alleged graft linked to state fund 1MDB.

Najib, whose coalition suffered a stunning election defeat in May, faces 32 charges ranging from money laundering to abuse of power and criminal breach of trust in the effort to uncover how billions of dollars went missing from 1Malaysia Development Berhad (1MDB).

Najib, 64, arrived at the anti-money laundering and anti-terror financing division of the police to give a statement in connection with a money laundering probe, media said.

Rosmah was summoned separately for questioning by the Malaysian Anti-Corruption Commission (MACC) in the administrative capital of Putrajaya, her second visit in as many weeks. 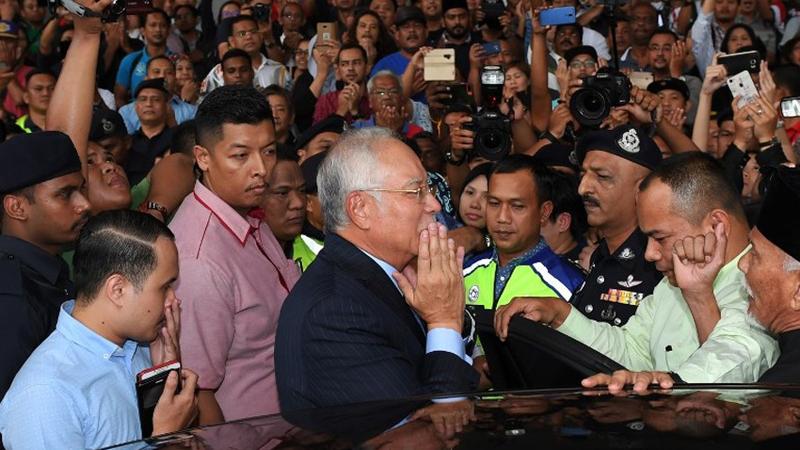 In this Sept 20, 2018 photo, Malaysia's former prime minister Najib Razak is surrounded by supporters as he says a prayer after a court appearance in Kuala Lumpur. Police summoned Najib for questioning on Oct 3, 2018 in an investigation into alleged graft linked to state fund 1MDB. (MOHD RASFAN / AFP)

The couple did not speak to reporters as they arrived for questioning. Reuters could not immediately reach a spokesman to seek comment.

The couple's world has been turned upside down since Najib lost the May election to his one-time mentor Mahathir Mohamad, who swiftly reopened a probe into 1MDB.

Corruption accusations have dogged Najib for years, and came to a head in 2015, when the Wall Street Journal reported that nearly US$700 million in 1MDB funds was diverted to his personal bank account.

Rosmah has long been in the public eye over her penchant for handbags, jewelry and shopping sprees.