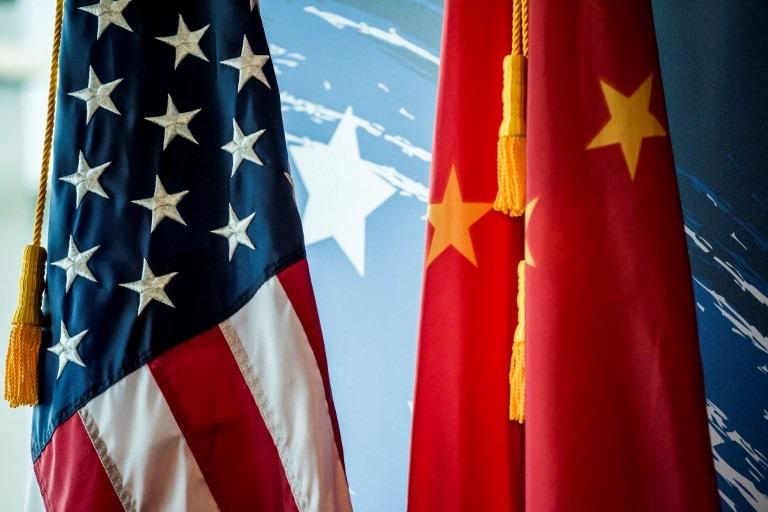 The Chinese and US national flags are seen during an event in Beijing on June 30, 2017. (FRED DUFOUR / AFP)

BEIJING - The trade consultations between China and the United States in Washington D.C. are in line with the interests of not just the two countries, but also the whole world, analysts said.

Calling the visit to the United States "positive, pragmatic, constructive and productive," Chinese Vice Premier Liu He, special envoy of President Xi Jinping, said on Saturday that both sides have agreed not to launch a trade war and to stop slapping tariffs against each other - the most remarkable fruits from the consultations.

The two countries issued a joint statement on Saturday on the trade consultations, saying both sides have agreed to take effective measures to substantially decrease the US trade deficit in goods with China, meaningfully increase US agriculture and energy exports, and strengthen cooperation on intellectual property protection, among others.

Liu, also a member of the Political Bureau of the Communist Party of China Central Committee and chief of the Chinese side of the China-US comprehensive economic dialogue, led the Chinese delegation and arrived in Washington D.C. on Tuesday for the consultations at the invitation of the US government.

The fundamental reason behind the positive outcomes is "the needs of the two peoples and the whole world," Liu said in an interview.

The just-concluded consultations followed the visit by a US delegation to China earlier this month, during which "candid, efficient, and constructive" talks were held between the two sides.

READ MORE: China, US reach agreements on some economic and trade issues

Two rounds of consultations in such a short period of time showed huge sincerity from both countries, said Li Yong from China Association of International Trade.

Experts said the agreements are beneficial to both countries and the world economy.

More purchases of US goods and services will also help support growth and employment in the United States, the joint statement read.

However, it will take time to resolve the structural problems in the bilateral economic and trade ties.

The healthy development of China-US economic and trade relations is in line with the historical trend, and the two countries should properly handle potential differences through dialogue and treat them calmly in the future, Liu said.

Both sides agreed to maintain high-level contact and seek to resolve their economic and trade concerns in a proactive manner.

"As two important countries in the world, China and the United States have the obligation to maintain the structure of international economic governance," said Zhong Wei, researcher at Beijing Normal University.

Closer and mutually beneficial trade ties will "surely bring more growth opportunities for both countries and the world at large," Zhong added.