Belt and Road: A gold mine for Hong Kong 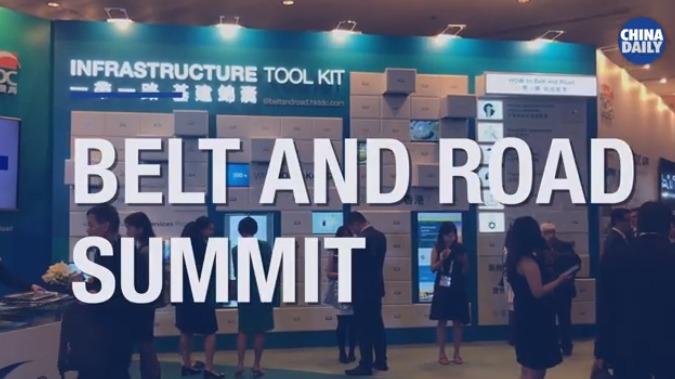 The annual Belt and Road Summit, jointly organized by the Hong Kong Special Administrative Region government and the Hong Kong Trade Development Council, kicked off on Wednesday. The two-day summit has attracted about 5,000 senior government officials, business leaders and professionals from 60 countries and regions from Europe, Asia and Africa.

That the unabated violent protests failed to deter the overseas guests from coming to the city to participate in the event showed that the guests are confident that the city’s law enforcement authorities are in full control of the situation and capable of keeping them safe during their stay.

The Belt and Road Initiative offers so many opportunities for multilateral cooperation and business that they simply could not afford to pass up the grand gathering, which provides a premier international platform for participants to tap into those opportunities.

Indeed, it is widely expected that the initiative, when in full swing, will bring about a sea change to the global economic landscape. The world economy, after more than seven decades of development starting from the end of World War II, has reached a plateau characterized by stagnant growth in major developed economies, which once acted as the key engines of global economic growth but are now mature and staggering.

To re-energize the global economy, more growth engines are needed besides China and India. The BRI can go a long way in creating the new engines the world economy needs for powering its sustained growth by facilitating and accelerating development in less-developed regions in Asia, Europe and Africa through the promotion of investment in infrastructure as well as trade.

The process of economic and trade connection is expected to go on for decades and offer tremendous opportunities to the facilitators, including Hong Kong, which is in a position to play a significant role in the grand vision. Based on the design of the BRI, championed by President Xi Jinping, Hong Kong is an important global financial center, cultural exchange center and professional services hub, Chief Executive Carrie Lam Cheng Yuet-ngor noted when speaking at the summit on Wednesday.

Financial institutions and professionals in the city who are well-versed in international practices and well-connected with other parts of the world will find their services in high demand. The city’s businessmen, known for their entrepreneurial spirit, can also find numerous untapped markets offering huge potential for business expansion as well as demand for their products.

At a time when Hong Kong’s function as the intermediary between the Chinese mainland and the rest of the world is diminishing as the nation increasingly deepens its reform and opening-up, it is all the more imperative for the city to take full advantage of its designated role in the BRI as well as in the Guangdong-Hong Kong-Macao Greater Bay Area project to sustain its economic development. Arguably, how well Hong Kong performs in its role in both initiatives will have a profound implication for its economic future.