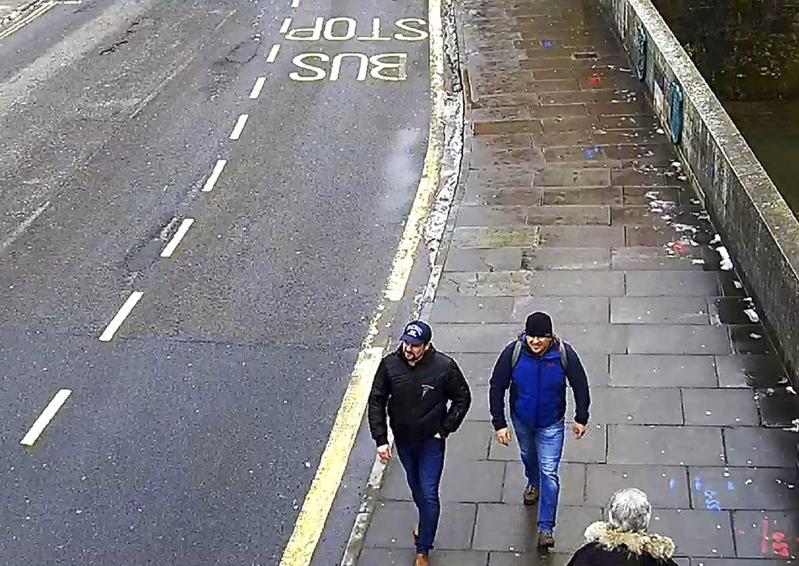 This still taken from CCTV and issued by the Metropolitan Police in London on Sept 5, 2018, shows Ruslan Boshirov and Alexander Petrov on Fisherton Road, Salisbury, England on March 4, 2018. British prosecutors have charged the two Russian men with the nerve agent poisoning of ex-spy Sergei Skripal and his daughter Yulia in the English city of Salisbury. (METROPOLITAN POLICE VIA AP)

MOSCOW — The Kremlin on Thursday rejected accusations by British authorities that Russian President Vladimir Putin is ultimately responsible for poisoning a former spy in England, and said Russia is not going to investigate the suspects.

Britain's security minister on Thursday called out Putin over the nerve agent attack targeting Sergei Skripal and his daughter and also warned that the UK would counter Russian "malign activity" with both public and covert measures.

Neither the Russian leadership nor its representatives have anything to do with the events in Salisbury.

Ben Wallace told the BBC that Putin and his government "controls, funds and directs" the military intelligence unit known as the GRU , which Britain believes used the Soviet-developed Novichok nerve agent to try to kill ex-Russian spy Skripal.

Skripal and his daughter Yulia were hospitalized for weeks in critical condition after they were exposed to Novichok in the city of Salisbury on March 4. They are now recovering in a secret location for their own protection.

Local woman Dawn Sturgess died and her boyfriend Charlie Rowley was sickened after they came across remnants of the poison in a discarded perfume bottle in June.

Britain on Wednesday announced charges in absentia against two alleged Russian agents, Alexander Petrov and Ruslan Boshirov — names that are likely aliases. The murder attempt was approved "at a senior level of the Russian state," British Prime Minister Theresa May said Wednesday.

Moscow strongly denies involvement in the attack, and Russian officials said they didn't recognize the suspects.

Speaking to reporters on Thursday, Putin's spokesman, Dmitry Peskov, called the accusations leveled against Putin and the Russian government "unacceptable."

"Neither the Russian leadership nor its representatives have anything to do with the events in Salisbury," he said. 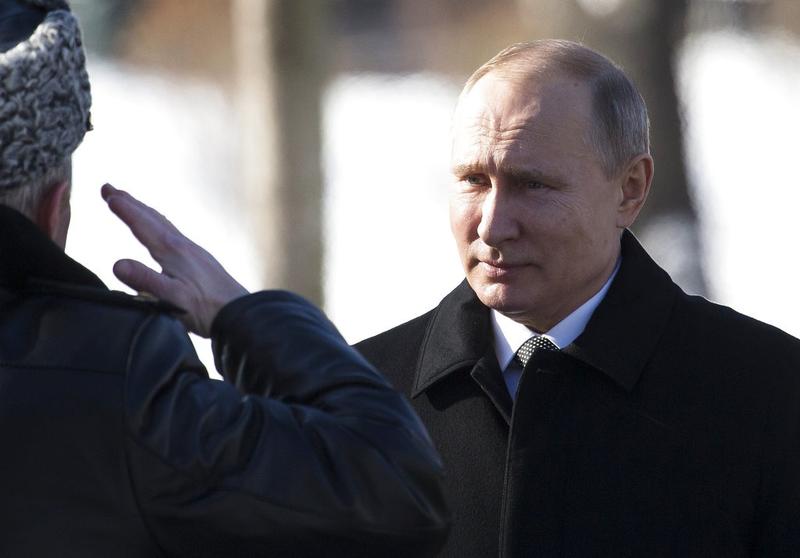 In this Feb 23, 2018 file photo, Russian President Vladimir Putin, right, listens to the Defense Minister as he arrives to attend a wreath-laying ceremony at the Tomb of the Unknown Soldier in Moscow, Russia. (ALEXANDER ZEMLIANICHENKO / AP)

Peskov also said that Russia "has no reasons" to investigate the two individuals charged on Wednesday because Britain has not asked for legal assistance in the case.

Britain has said it is not going to seek the men's extradition because Russian law does not allow for the extradition of its nationals to be tried abroad.

Russian officials have been vehemently denying the fresh accusations. Foreign Ministry spokeswoman Maria Zakharova went on national television Wednesday evening, claiming that the security camera footage of the two suspects arriving at Gatwick Airport released by the British authorities has been doctored because it shows them at the same time in the same place. A closer look, however, shows that the men were walking in different gate corridors.

Zakharova on Thursday accused Britain of "concealing the evidence," and demanded that Britain share the suspects' fingerprints and other data.

The Skripals' poisoning ignited a diplomatic confrontation in which hundreds of envoys were expelled by both Russia and Western nations. But there is limited appetite among Britain's European allies for further sanctions against Moscow.

Sergei Skripal's niece, Viktoria, on Thursday called on British authorities to allow her to visit her family in Britain after her visa application was denied.

She said that she does not know the men Britain suspects of being behind the poisoning.

Skripal also said that she doubts that the former Russians spy is still alive because he has not communicated with the family since the poisoning.

Britain plans to press its case against Russia at the UN Security Council later on Thursday.