US, Britain discuss trade deal that could take effect on Nov 1 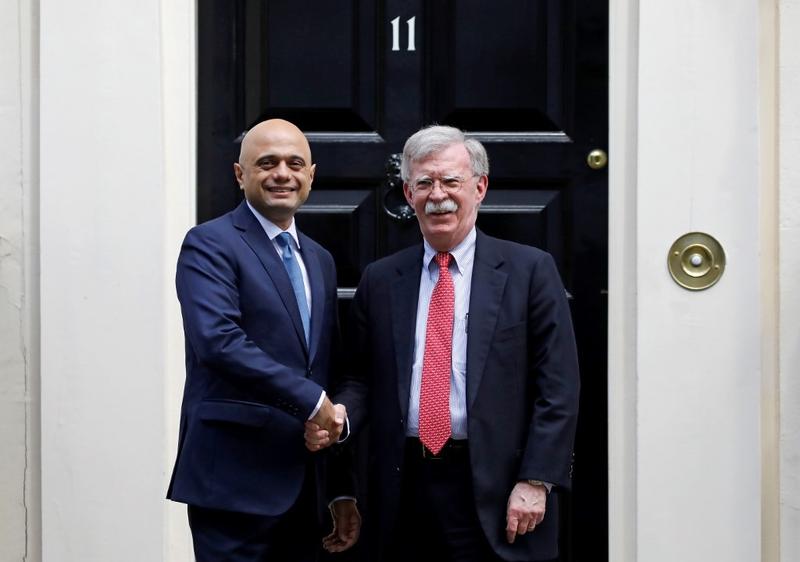 LONDON — Britain and the United States are discussing a partial trade accord that could take effect on Nov 1, the day after Britain is due to leave the European Union, a senior Trump administration official said on Tuesday.

During a visit to London, US national security adviser John Bolton discussed with British trade minister Liz Truss the possibility of the two countries' leaders signing a road map declaration toward a trade deal.

That could take place at this month's G7 summit meeting in France, the official said.

Bolton and British finance minister Sajid Javid discussed the possibility of a temporary trade agreement that covered all sectors. Such a deal could last for something like six months, the official told reporters.

Britain is due to leave the European Union on Oct 31 and Prime Minister Boris Johnson has said he is prepared to take the country out of the bloc without a deal although he hopes to secure an orderly departure with an agreement.

The current impasse with the EU leaves Britain facing an exit without any formal transition period or legal agreement covering issues such as trade, data transfers and border policy, prompting some businesses to warn of damage to their operations.

During a two-day visit, Bolton told British Prime Minister Boris Johnson that President Donald Trump wanted to see a successful British exit from the European Union on Oct 31 and that Washington would be ready to work fast on a US-UK free trade agreement.

ALSO READ: UK ambassador to US quits days after leaked cables on Trump

Bolton, who has now left Britain, was seeking an improved US-British relationship with Johnson after sometimes tense ties between Trump and Johnson's predecessor, Theresa May.

A wide-ranging trade deal with the United States, seen as Britain's closest ally, is a much cherished prize for Brexit supporters, who hope to show the opportunities for Britain outside of the 28-member bloc and could help cushion any disruption to trade with European neighbours.

However, thorny issues remain over differing farming standards between the two countries and many politicians in Britain are opposed to increased involvement of US pharmaceutical firms in the state-run National Health Service.

Despite that, as Britain prepares to leave the European Union, its biggest geopolitical shift since World War Two, many diplomats expect London to become increasingly reliant on the United States.