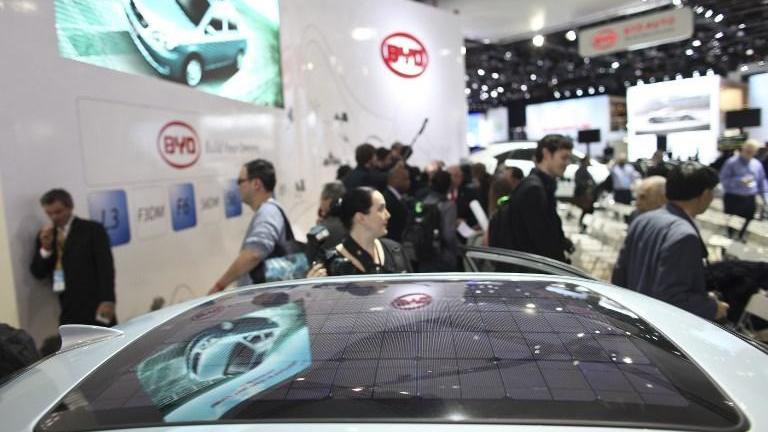 BYD Co, the Chinese electric-vehicle maker backed by Warren Buffett, plans to open its first assembly plant in Canada, anticipating a surge in demand for electric trucks from municipalities and businesses.

BYD, often described as China’s Tesla, will open the plant next year in Ontario and hire about 40 people to start, BYD Canada spokesman Ted Dowling said in a phone interview. The Shenzhen-based company has decided to “significantly” accelerate its investment in Canada as growing demand for electric vehicles and provincial tax incentives create a more welcoming environment than the US in the short-term, he said.

BYD, often described as China’s Tesla, will open the plant next year in Ontario and hire about 40 people to start

“There is less of a barrier to entry when it comes to having Chinese products in Canada compared to the US,” Dowling said. The company, which is partly owned by Buffett’s Berkshire Hathaway Inc, declined to say where in the province the plant will be, how much it plans to invest or any government incentives it was offered. It expects to make an announcement in a few weeks, Dowling said.

BYD’s plan comes as countries shift to electric vehicles to combat climate change and reduce health risks. The UK and France plan to ban sales of diesel- and gasoline-fueled cars by 2040, while China has said it will set its own deadline. Some Canadian provinces are offering thousands of dollars in rebates to electric-vehicle buyers, and companies are moving toward electric fleets, with grocer Loblaws Cos. unveiling its first fully electric truck last week.

A spokesman for Ontario’s Ministry of Economic Development and Growth declined to comment on any investment from BYD.

BYD will start its operations in Ontario by shipping technology and components from China and making short-range vehicles such as garbage and delivery trucks, said Dowling. The company intends to expand, hiring more people to add more Canadian content in the future, he said.

“BYD is a global company, but we like to localize,” Dowling said. “It doesn’t make sense to build everything in China and then ship it. It makes more sense to utilize the incentive programs and policy changes and create jobs in different markets.”

The company opened an electric-bus manufacturing plant in Lancaster, California, starting with less than 100 employees in 2013 and has boosted that to 700 workers.

A core attraction for Ontario is that the region around Toronto has many distribution centers within close proximity, so if one company goes electric and sees their costs reduced, other companies will start doing it too, he said.

If successful, BYD could be at the forefront of rebuilding a dormant truck-manufacturing industry, Dowling said. Canada has been losing auto investment to cheaper locations in the US and Mexico with one of the last major commercial truck assembly plants closing in Ontario in 2011. Ontario is still home to Canada’s auto industry with General Motors Co and Ford Motor Co among companies with plants in the province.

“We’re bringing back an industry and we’re doing it through electrification,” Dowling said. “It’s a totally different game.”