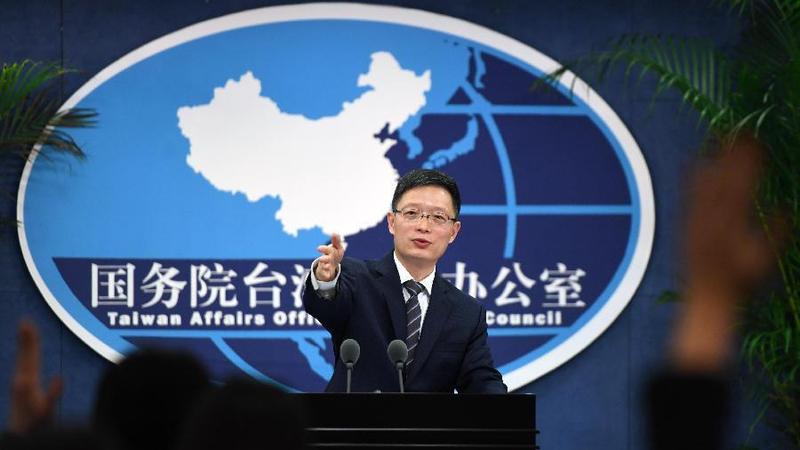 In this Feb 22, 2017 photo, An Fengshan, spokesperson for the State Council Taiwan Affairs Office, addresses a press conference in Beijing, capital of China. (CHEN YEHUA / XINHUA)

BEIJING - A Chinese mainland spokesperson on Tuesday said that Taiwan separatists will suffer by their own hand.

The mainland and Taiwan belong to one China. As an inseparable part of China's territory, Taiwan has never been a country, and will not become a country, An Fengshan, spokesperson for the Taiwan Affairs Office of the State Council, said in response to Taiwan-related remarks made by the island's executive head Lai Ching-te.

ALSO READ: Taiwan 'has key role as partner in GBA'