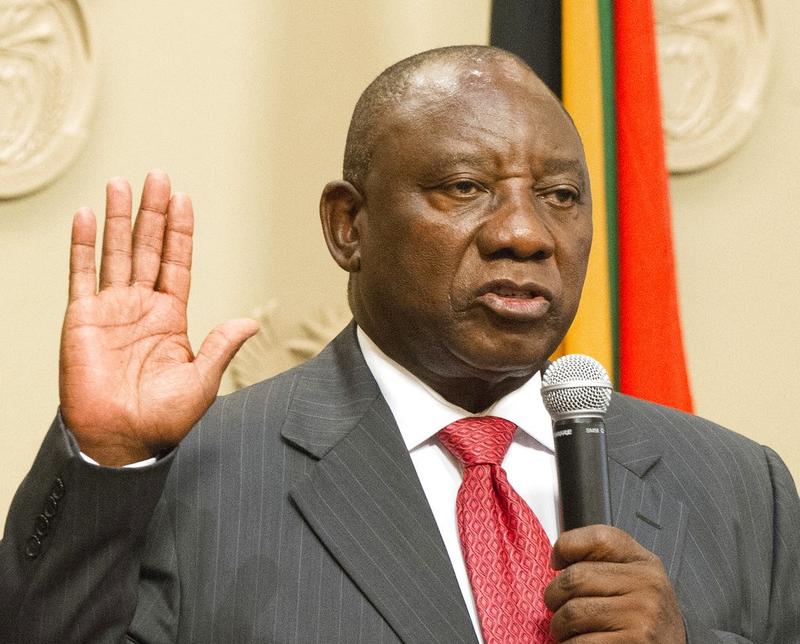 JOHANNESBURG - Cyril Ramaphosa, leader of South Africa's ruling party, the African National Congress, was elected Thursday by the National Assembly to be the nation's new president.

The election came after former president Jacob Zuma resigned. Cyril Ramaphosa is the fifth democratic president of the Republic of South Africa

The election came after former president Jacob Zuma announced his resignation on Wednesday night. Ramaphosa also becomes the fifth democratic president of the Republic of South Africa.
"I would like to thank all members of this Assembly for the honour you have bestowed on me to serve my people. This is truly a humbling experience," Ramaphosa said when addressing the house after the election.
He pledged to "execute that task with humility and dignity".
READ MORE: South Africa parliament receives Zuma's resignation letter

The election of the president will make way for the State of the Nation Address to be delivered on Friday.
The South Africa speaker of parliament, Baleka Mbete commended former president Jacob Zuma for his work, and wished him and his family well in "his future endeavours". She also thanked the people of South Africa "for their patience."
"Cyril Ramaphosa, I wish you all the best, but I will see you in 2019 on the ballot boxes," said Mmusi Maimane, leader of the opposition party, Democratic Alliance.
In response, Ramaphosa delivered a minor rebuke to Maimane. He said amid ANC caucus applause, Maimane should consider leaving talk of 2019 aside and focus on working together now. "This shouldn't be an opportunity to grandstand," he said.
Ramaphosa said he will outline steps on Friday during the State of the Nation Address to deal with corruption and state capture.