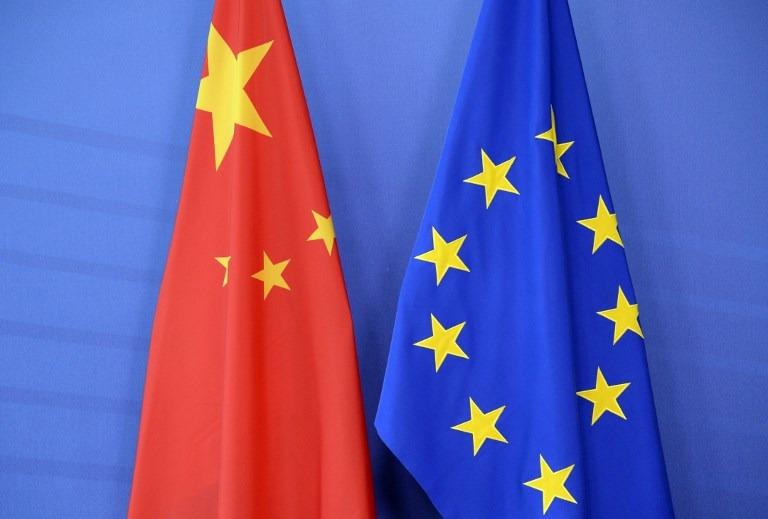 China and the European Union have begun joint work on an industry park in Shenzhen, Guangdong province, to boost their cooperation in the marine economy.

head of the administration’s Strategic Planning and Marine Economy Department

Land reclamation for the China-EU Blue Industry Park is underway in Baoan district and is to be done around 2020. By 2025, it will be fully operational, according to the Shenzhen Urban Planning and Design Institute, which designed the 1-square-kilometer park.
The plan was announced at the 2017 China-EU Blue Industry Cooperation Forum that opened in Shenzhen on Friday and will conclude on Saturday. Hosted by China’s State Oceanic Administration, the event is the first of its kind between China and EU, attracting nearly 300 Chinese officials, experts and company executives as well as more than 60 EU representatives.

The park is intended to facilitate international cooperation in marine industries and improve scientific and technological research on marine resources, said Zhang Zhanhai, head of the administration’s Strategic Planning and Marine Economy Department. The program was initiated by the Shenzhen government and has been endorsed by his administration and the EU’s Directorate-General for Maritime Affairs and Fisheries.
“The European side will spread information on the park among European enterprises and research entities involved in marine industries and will also recommend suitable partners to the park,” he said on the sidelines of the forum. “We hope it will attract companies with high-value products or advanced technologies.”
Plans call for the demonstration program to take advantage of Europe’s expertise in high-end intelligent marine equipment and Shenzhen’s high-tech manufacturing capacity to develop deep-sea submersibles, seabed robots and marine mineral exploitation devices for the international market. It will also combine their know-how in new marine energy, marine ecological protection and databases to strengthen their capability and competitiveness in the global market.
Wang Hong, director of the State Oceanic Administration, said China and the EU have been making joint efforts in governance, science and technology, environmental protection and disaster prevention and relief in marine sectors. They have made a lot of progress in these fields, he added.
It was decided at the 19th China-EU Summit held in Brussels in June that the two sides would strive to build a China-EU Blue Partnership.