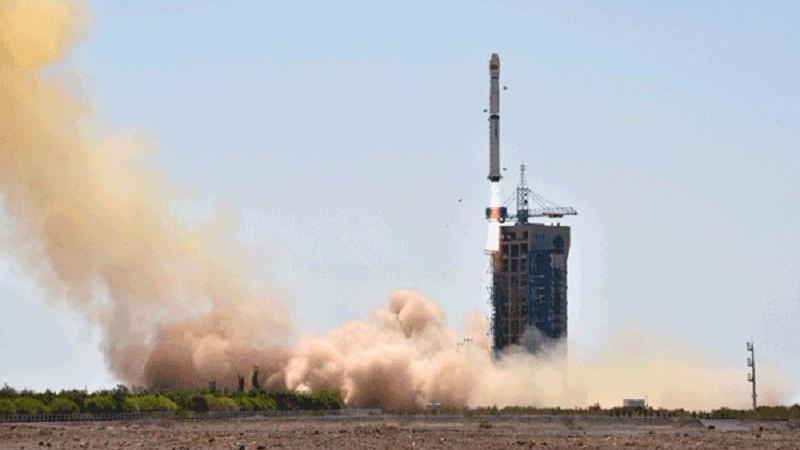 The Hard X-ray Modulation Telescope, atop a Long March 4B carrier rocket, is launched at the Jiuquan Satellite Launch Center on June 16, 2017. (ZHEN ZHE / XINHUA)

Di Pippo made the remarks when having an interview with Xinhua on Wednesday during the 68th International Astronautical Congress (IAC), which opened on Monday in Adelaide, South Australia.

We are trying to negotiate in a bilateral way between UNOOSA and Chinese government how we can be part of the Belt and Road Initiative, an important initiative that China is putting forward

Di Pippo said China as an active member of the Committee has been attending with very solid delegations and also in term of technological expertise, "presenting a lot of new initiatives and ideas.

One of the new initiatives is the Belt and Road Initiative, proposed by China in 2013, aiming to build trade and infrastructure networks connecting Asia with Europe and Africa on and beyond the ancient Silk Road routes. It comprises the Silk Road Economic Belt and the 21st Century Maritime Silk Road.

"We have signed several agreements with different Chinese institutions ranging from disasters management and emergency response, the use of space-based data, and the infrastructure of disasters management and emergency response, up to issues related to opening up of the scientific data to everyone in the world, cooperating in exploration and innovation," Di Pippo said.

She said China is co-chairing an important action team to prepare for UNISPACE+50, a meeting to be held next year marking the 50th anniversary of the first UN Conference on the Exploration and Peaceful Uses of Outer Space (UNISAPCE) held in Vienna in 1968.

"China plays a very important role in this (co-chairing the meeting)," she said.

Di Pippo is especially impressed by China's efforts in trying to open up its space missions to everyone, particularly to the developing countries through the cooperation with UNOOSA.

"We have a very interesting agreement since last year with China Manned Space in the field of human space flight. China Manned Space, through the agreement we have, is opening up China's future space station to everyone in the world, especially to the developing and emerging countries."

An announcement for the coming experiment by developing countries and using Chinese space station is expected later this year.

"The continuous and increased engagement of China in the future exploration of the solar system will help the country to develop even more, and for sure will help us through the strong agreements that we have with the Chinese government to help developing countries," she said.

"So it's a very good global approach. The discussions that we are having inside the Committee on the Peaceful Uses of the Outer Space are always very constructive from the Chinese delegation, because clearly the global exploration of the solar system can only be global. So all the main players have to work together."