In commemoration of China-US ping-pong diplomacy 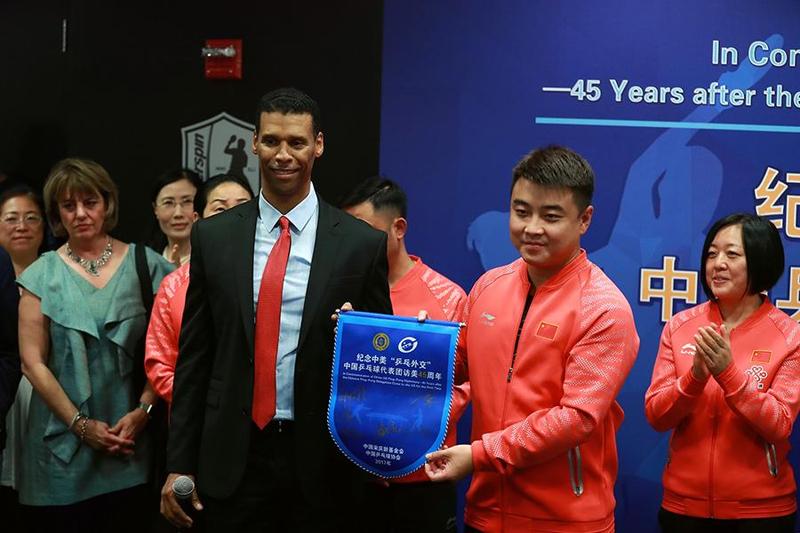 CHICAGO - Forty-five years ago, a group of world ping-pong champions from China paid a return visit to America, following the US team's  historic visit to China in 1971.

Normalization of relations between the two rival nations during the cold war was gradually realized thanks to ping-pong, an unlikely diplomatic tool.

In the past five days, athletes who personally witnessed the ping-pong diplomacy decades ago, reunited in the US to celebrated the 45 anniversary of Chinese team's first visit to America in 1972.

"I'm very excited to have a chance to be here again and meet my old friends," said 67-year-old ping-pong veteran Liang Geliang.

He and Zheng Huaiying, former woman world champion, played an exhibition match on Monday night in the University of Michigan with Dell and Connie Sweeris, who visited China several times since their ice-breaking tour in 1971.

The couple's last visit to China was in 2011, when they were invited to take part in the celebration of the 40th anniversary of ping-pong diplomacy. 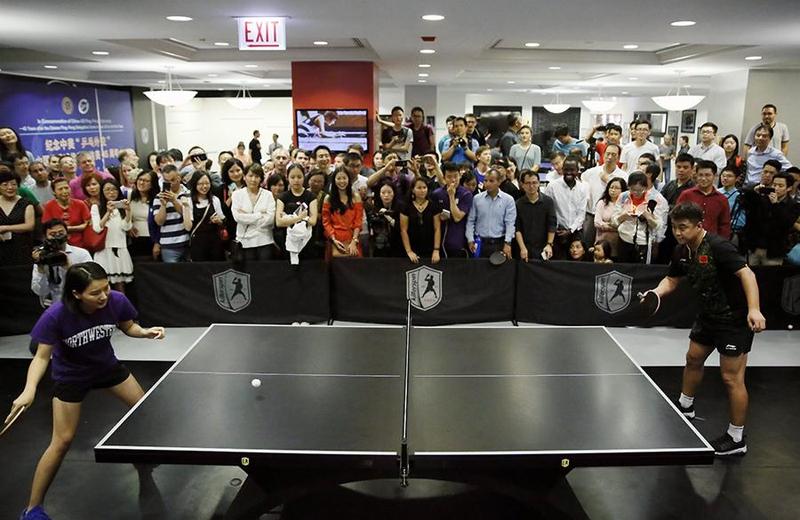 Recalling her crossing a bridge from Hong Kong and set foot in what Washington used to call "Communist China", Connie told Xinhua that she was anxious and even a little scared because she knew very little about China and its people before.

Moreover, Americans were not allowed by their administrations to visit China since 1949.

But when the American team finished their tour, Connie found "the Chinese players were very friendly and treated us with respect and kindness". They made friends with each other.

During their meeting this time in Michigan University, Connie Sweeris chatted warmly with her old friend Zheng Huaiying. The two showed each other the digital pictures of their children and grandchildren they keep in their cell phones.

Both the Chinese and US athletes were still very familiar with the old Chinese sports slogan "friendship first, competition second" as they staged their ping-pong skills in front of a large cheering crowd in the University of Michigan. 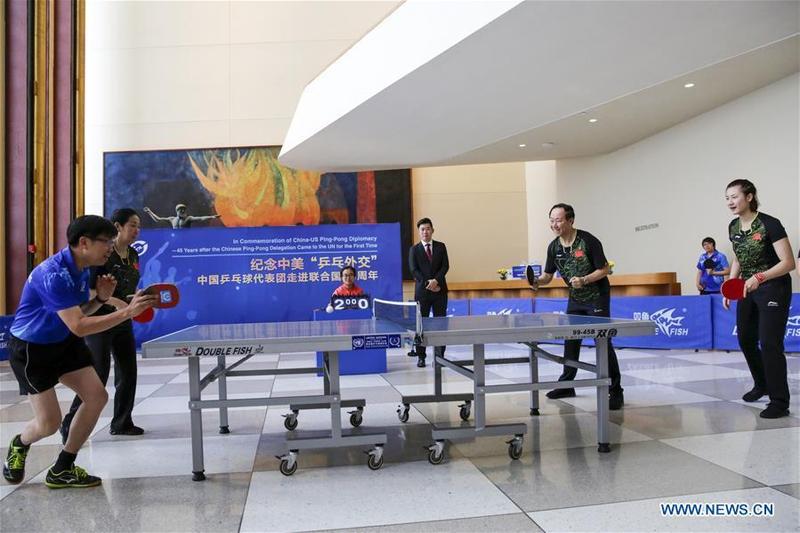 A friendship match is held at the headquarters of the United Nations in commemoration of the China-US ping-pong diplomacy, 45 years after the Chinese table tennis delegation came to the UN for the first time, in New York, Sept 15, 2017. (PHOTO / XINHUA)

Along with the ping-pong hall of famers, some young Chinese champions also attended the events in New York, Chicago of Illinois and Michigan from September 15 to 19.

Wang Hao, Ding Ning, Yan Sen and Qiao Hong, all younger world ping-pong champions, were deeply touched when they heard the old generation of the Chinese and US players talking about what they experienced.

"It is really good to learn what happened some 45 years ago and how significantly the old generation of ping-pong players did for the Sino-American relationship." Wang Hao said.

The Chinese delegation also visited the Gerald R. Ford Presidential Library on the university's Ann Arbor campus, where they had a chance to read the archives about the meeting between China's late Chairman Mao Zedong and then US President Gerald Ford.

The official interpreter for the high-level Sino-American talks, Tang Wensheng, who was former vice-chairperson of the China Soong Ching Ling Foundation that sponsored the ping-pong players' current visit, explained to them the delicacy of relations between China, the former Soviet Union and the US during the Cold War.

In the Ford Presidential Library, the dis-classified minutes from the White House brought her back to the 1970s.

Madame Tang was personally involved in the ping-pong diplomacy from 1971. She knows what's behind the doors and how the leaders pushed the normalization of the relations between the two countries, which significantly changed the world. 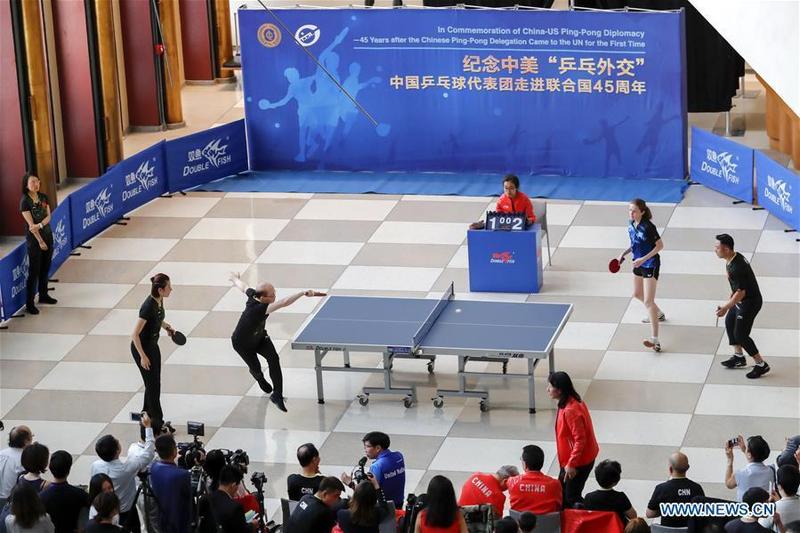 A friendship match is held at the headquarters of the United Nations in commemoration of the China-US ping-pong diplomacy, 45 years after the Chinese table tennis delegation came to the UN for the first time, in New York, Sept 15, 2017. (PHOTO / XINHUA)

Jan Berris, now the vice-president of the National Committee on United States-China Relations, was one of the those who escorted the first Chinese ping-pong delegation 45 years ago.

She told Xinhua that during the trip, the American journalists and the ordinary people constantly asked Chinese ping-pong players, "what is about the US that surprised you most? What did you find here that you didn't expect?"

"I would hear their response--We are really surprised about how warm and welcoming the American people are," said Berris, but adding she first thought it must be what they were told to reply.

But at the end of the 18-day tour, she believed that the Chinese players were right.

"It was really a wonderful experience and the best people-to-people diplomacy that was supposed to do," she said.